Andhra Pradesh has been demanding a Special Category State status from the Centre ever since the state's economic powerhouse Hyderabad, which housed several IT and pharmaceutical companies as well as PSUs, went to Telengana in the bifurcation 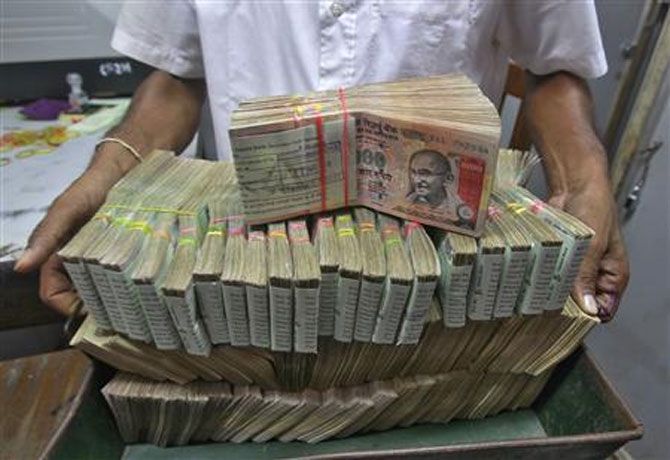 The Centre on Wednesday announced a financial package for Andhra Pradesh that includes full funding of Pollavaram irrigation project, tax concessions and a special assistance, but stopped short of giving the state a special category status.

Andhra Pradesh, which financially suffered because of creation of separate state of Telengana in June 2014, will get a railway zone as also all cost incurred on the irrigation part of Pollavaram project from the date it was declared a National Project on April 1, 2014 will be funded by the Centre.

The state government will, however, implement the project, said Finance Minister Arun Jaitley at a late night press conference hours before the Andhra Pradesh Assembly is to meet.

Citing constraints placed by the 14th Finance Commission in grant of special category status to Andhra Pradesh, he said an amount equivalent to what that categorication would have fetched, would be given to the state in form of a Special Assistance Measure for five years.

This will be in form of externally aided project, he said, adding the state would also get two tax concessions, details of which will be notified by the CBDT shortly.

Andhra Pradesh has been demanding a Special Category State (SCS) status from the Centre ever since the state's economic powerhouse Hyderabad, which housed several IT and pharmaceutical companies as well as PSUs, went to Telengana in the bifurcation.

Running a revenue deficit and no capital to boast of, a special status would have given the state preferential treatment in getting central funds assistance and tax breaks.

While the Andhra Pradesh Reorganisation Act does not mention of SCS for the state, the then Prime Minister Manmohan Singh had on the floor of Rajya Sabha on February 20, 2014 promised to grant the status to the state for five years.

The commission had stated had in view of the increased devolution of central assistance, it does not make any sense to grant SCS.

"We have examined special category status demand of Andhra Pradesh.

"Since the advantage of what they get by virtue of the former Prime Minister's statement is the monetary advantage, we have decided to give special assistance measure for Andhra Pradesh wherein an amount equivalent to what they would have got if that statement could have been implemented would be compensated to the state by virtue of externally aided projects which otherwise state would have paid for," he said.

He did not give the details of the quantum of the monetary benefit that the state will get, saying these are being worked out.

The finance minister said that government has decided in principle that every commitment made in Andhra Pradesh Reorganisation Act would be honoured in letter and spirit by the central government.

"Already, we have released on account a sum of Rs 3,795 crore towards revenue deficit for year 2014-15. The balance amount will also be released in installment. We have given a support of Rs 2,500 crore state capital and Rs 1,500 crore as backward area grant," he said.

The funding of Pollavaram irrigation project which was declared a National Project on April 1, 2014, is to be met by the central government fully from that date onwards, he said.

As per the Finance Committee those category of state now ceases to exist, Jaitley said, adding, this is what the government has decided.

The concept of SCS was first introduced in 1969 when the 5th Finance Commission sought to provide certain disadvantaged states with preferential treatment in the form of central assistance and tax breaks.

A special status, which gives preferential treatment in getting central funds assistance, is given to a state if it is in a hilly and difficult terrain, strategic located along the borders of the country, has low population density, has economic and infrastructure inadequacies and financial unviabililty.

Besides Andhra Pradesh, other states including Bihar, Jharkhand, Chattisgarh and Odisha have also sought the Special Category State status.