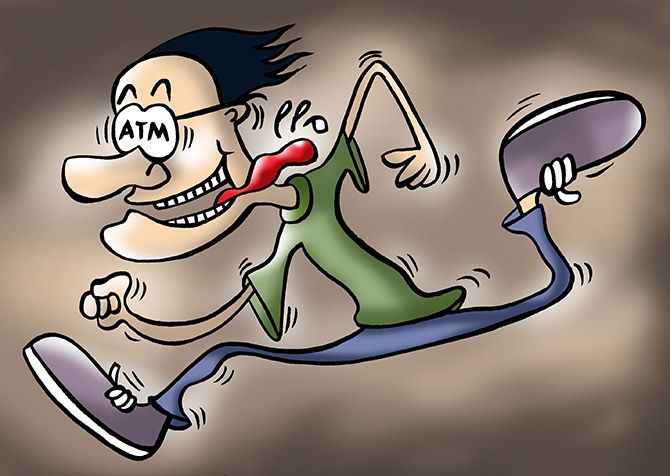 States such as Andhra Pradesh, Bihar, Madhya Pradesh and Gujarat, which reported currency shortage in automated teller machines (ATMs) were the ones that got the highest supply of currency notes in 2017-18.

The Reserve Bank of India’s (RBI’s) regional offices at Hyderabad, Ahmedabad, Nagpur, Patna and Bhopal received the highest chunk of the currency from the note printing presses between April 1, 2017 and February 28, 2018, official data showed.

The finance ministry said in a statement on Tuesday that there has been an “unusual spurt in currency demand in the last three months” in some parts of the country, including Andhra Pradesh, Telangana, Karnataka, Madhya Pradesh and Bihar.

An RBI official said the supply of currency was adequate in the states facing a crunch at ATMs but the logistic issues led to the present situation.

In fact, the share of currency supplies to Hyderabad went up from 8.2 per cent in this period to 9.2 per cent in April-February 2017-18, despite being the highest receiver of cash immediately after demonetisation.

The RBI’s regional office at Hyderabad supplies money to banks in Andhra Pradesh and Telangana.

While the RBI’s regional office at Ahmedabad supplies currency to Gujarat, Daman and Diu and Dadra and Nagar Haveli, the Patna office distributes money across Bihar and Jharkhand.

This points to the high supply of currency notes to Madhya Pradesh and Chhattisgarh as well.

The chief ministers of both the states recently complained of a cash shortage at ATMs.

The share of currency supplies to Nagpur, Patna and Bhopal went up by around 1.4-2.4 percentage points from the first three months after demonetisation to April 2017-February 2018.

However, Karnataka, which also witnessed some cash crunch, was a different story.

Looking at the overall picture, the total cash supply across the country reduced by almost half between April 2017 and February-end 2018 compared to the first five months after demonetisation, official data reviewed by Business Standard showed.

“Demonetisation led to flushing out of around 85 per cent cash from the system. So, the cash supply will naturally be much higher in the first few months than the preceding period.

"You had to work in three shifts and ensure that you had to remonetise as quickly as possible.

"It required printing as many notes as possible. The same temper was not required to be maintained subsequently,” the RBI official said.