Passenger vehicle wholesales in India rose by 14.16 per cent in August to 2,15,916 units, driven by pent-up demand, industry body SIAM said on Friday. 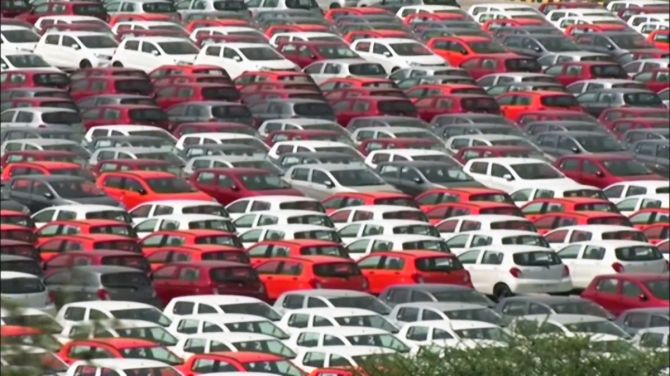 According to the latest data by the Society of Indian Automobile Manufacturers, passenger vehicle wholesales stood at 1,89,129 units in the same month last year.

Passenger vehicle sales have returned to positive territory in August after nine consecutive months of decline. It was in October last year that the segment had posted a marginal growth snapping 11 continuous months of decline in sales. "We are beginning to observe growth which is instilling confidence back into the industry, especially in the two-wheeler and the passenger vehicle segments," SIAM President Kenichi Ayukawa said.

He, however, added that the growth achieved in passenger vehicle and two-wheeler segments last month was on a low base of August 2019.

"It is to be recognised that the base figures in August 2019 itself was very low, as Industry had shown a de-growth of about 32 per cent for passenger vehicles and 22 per cent for two-wheelers in 2019, over 2018," Ayukawa noted.

Still, growth in passenger vehicles and two-wheelers indicates trends of recovery for the Industry, though it is against the backdrop of pent-up demand and beginning of a festive season this month, he added.

SIAM director general Rajesh Menon said the industry was is positive that the coming festive season will pave the way for a faster revival of the industry. 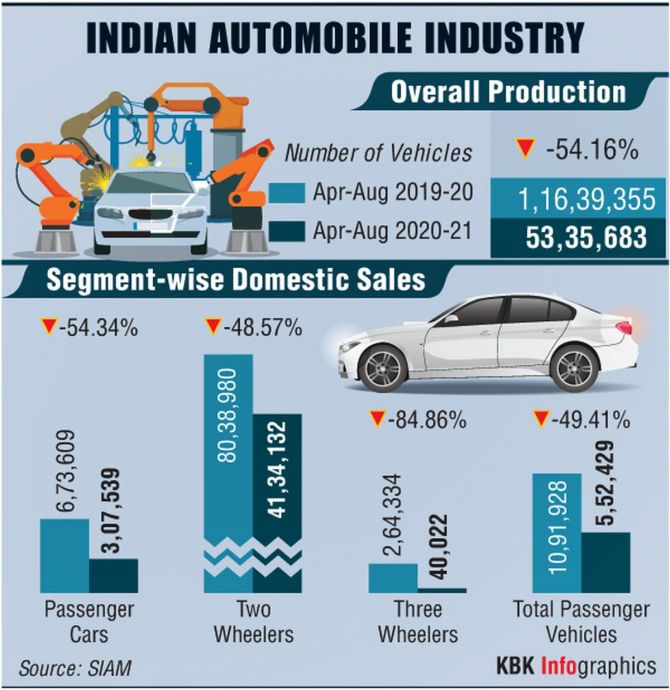 As per the SIAM data, leading carmaker Maruti Suzuki India (MSI) reported a 21.32 per cent increase in its wholesales last month at 1,13,033 units.

Similarly, Hyundai Motor India saw its sales increase by 19.9 per cent in August at 45,809 units as against the same month last year.

In the two-wheeler segment, Hero MotoCorp wholesales increased by 8.52 per cent at 5,68,674 units while Honda Motorcycle and Scooter India offtakes increased marginally at 4,28,238 units.

Bajaj Auto saw its wholesales increase by 3 per cent at 1,78,220 units while TVS Motor Company dispatches dipped marginally at 2,18,338 units as against August 2019.