The government’s decision to recapitalise public sector banks is on expected lines but not enough to prod banks to grow their book and cover the capital erosion caused by ballooning bad debts.

However, it does give a signal to the lenders that they can continue with their book-cleaning exercise, said analysts.

This was lower than the Rs 25,000 crore (Rs 250 billion) the government had originally planned.

Both banks have gross bad debts ratio of more than 15 per cent and, therefore, are considered laggards in the system in terms of performance metrics.

Analysts did not see much of a material impact due to the infusion and said the money was not enough to fund growth.

“On an average, PSU banks’ capital adequacy ratios (both tier-1 as well as CAR) will improve by 35-40 basis points after this capital infusion.

Analysts said the timing of the infusion was good.

“This shows that the government is taking cognisance that banks need capital to clean up their books.

"It will encourage banks to recognise NPA in their books throughout the year and continue with their clean-up measures,” said Rajiv Mehta, AVP Research at IIFL.

“With this kind of loan book expansion and by maintaining margins at three per cent, we could see some good traction in SBI results in the coming quarters,” said Mehta.

However, the capital infusion to a large lender like Bank of India was inadequate, he said, adding that banks can grow at 11-12 per cent in the coming quarters with the capital received.

But India Ratings, the local arm of rating agency Fitch Ltd, was not impressed with the capital infusion.

Fitch’s director of financial institutions Abhishek Bhattacharya termed the infusion as a bailout, rather than something that would aid in growth.

Fitch Ratings had last week estimated that even with a capital infusion of Rs 25,000 crore (Rs 250 billion), the banks’ growth would fall to a two-year low of nine per cent over FY16-FY19. 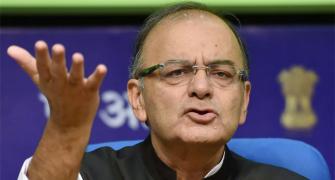 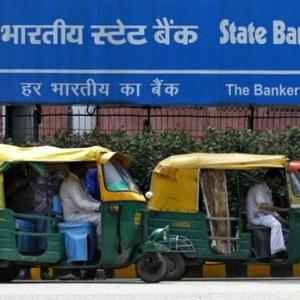