The bone of contention between the two sides relates to changes in the purchase terms. A UK high court has ruled in favour of Canadian aircraft manufacturer De Havilland in a contractual dispute with SpiceJet, saying that it is entitled to recover $42.9 million in liquidated damages from the airline.

The court gave this ruling after De Havilland sued SpiceJet for its failure to make pre-delivery payments for 14 Q-400 aircraft on order.

The aircraft manufacturer had served notice for termination of the purchase agreement and claimed $42.9 million in liquidated damages.

In a recent judgment, the High Court of Justice in the UK upheld the aircraft manufacturer’s claim that SpiceJet did not abide by terms of contract.

The court also said De Havilland is entitled to claim $42.9 million in liquidated damages from the airline.

Under the Indian law a separate application has to be filed in a court for execution of judgment in a civil or commercial suit.

SpiceJet said is appealing against the order.

“The same court allowed appeal against the order and we shall be doing the same within the timeframe provided by the court,” an airline spokesperson said.

It took delivery of five aircraft but failed to make pre-delivery payments (PDPs) for fifteen aircraft in the order.

It also did not take delivery of three of those planes (number 6-8) resulting in a commercial dispute.

The bone of contention between the two sides relates to changes in the purchase terms.

Under the amended terms scheduled delivery dates for aircraft  9- 25 were suspended.

De Havilland said only delivery dates were suspended and there was no agreement to suspend the dates for pre-delivery payments in respect to those planes.  SpiceJet countered by stating that liability to make those payments got automatically suspended upon suspension of delivery dates.

“It would not make business sense for the Defendant to be obliged to pay the PDPs if the deliveries were suspended,” the airline argued.

SpiceJet also made a counter claim  for damages against the plane maker and said it had failed to arrange financing for the aircraft.

This breach by De Havilland resulted in non payment of PDPs for three aircraft, it contended. However the court did not upheld the airline’s plea.

“De Havilland Canada confirms that it has received judgment against SpiceJet from the High Court of Justice of England and Wales in the amount of $42.9 million.

"De Havilland Canada is pleased with the judgment.

"The decision confirms our position that SpiceJet did not abide by the terms of the contract in failing to accept delivery of aircraft and to make the required pre-delivery payments,” the plane manufacturer said. 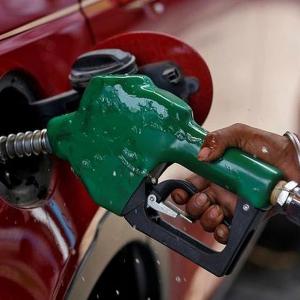