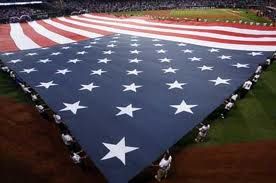 US President Barack Obama has said that businesses have created over eight million new jobs in America due to his new economic policies in the aftermath of the collapse of the country's economy.

"Now what we're seeing is businesses having created more than 8 million new jobs since we hit bottom. Manufacturing is growing, led by a booming auto industry," Obama said at a White House event.

"Our investments have helped bring about new technologies, more affordable energy, and our slowing health care costs, all of which are making America even more attractive for investors," he said.

The event also saw the announcement of the nomination of Maria Contreras-Sweet as Administrator of Small Business Administration.

Obama said that the country was starting to see a lot of the jobs that had left the shores in manufacturing, for example, now starting to come back, because "we put ourselves in a much more competitive position".

As such, he said, all the pieces are there to bring back even more new jobs to America this year.

"But it's not going to happen by itself.

“This has to be a year of action. We got to keep our economy growing.

“We got to make sure that our working families are sharing in growth and increasing success," he said.

Describing small businesses as the lifeblood of the US economy, the President said, they create most of the country's new jobs.

"They're cornerstones of our communities.

“And they're part of the pact that America makes -- the idea that if you work hard, if you take responsibility, then you can build something new," he said.

"You can make something of yourself. You can leave something behind for your children. And that's the dream that brought generations of hardworking immigrants to our shores, and that's the idea that drives small business owners to create new products and expand their businesses

every single day," he said.

Obama said that he has elevated the role of the Small Business Administrator to Cabinet level -- to give small businesses a seat at the table when they are talking about the economic agenda.

In a separate event at the National Network for Manufacturing Innovation in North Carolina, Obama said that the country was on ‘path to regain its top place as the manufacturing hub’.

"We have always been about research, innovation, and then commercialising that research and innovation so that everybody can benefit.

“And then we start selling our stuff all around the world, we start exporting it," he said.

“We create good jobs, and middle-class families then are able to buy the products that result from this innovation.

"And you get a virtuous cycle where everybody is doing better, and nobody is left behind. “And that's what we can do if we pull together the way those companies and universities have pulled together as part of this bid," he said.

In his address, Obama acknowledged that this is going to be a long haul.

"We're not going to turn things around overnight.

“A lot of jobs were lost in the textile industry and furniture-making.

“But the great news is, is that ultimately, because our people are good and smart and hardworking and willing to take risks, we are going to be able to start bringing those jobs back to America," he said.

After almost a year of competition, Obama announced that America's newest high-tech manufacturing hub, which is going to be focussed on the next generation of power electronics, is going to be based in capital Raleigh in North Carolina.

A little over a year ago, Obama said he had launched America's first manufacturing innovation institute in Youngstown, Ohio.

It was a partnership; it includes companies and colleges.

They came up with a joint plan.

They were focusing on developing 3D printing technology and training workers with the skills required to master that technology, he said.

"Now, that was a great start. . .We got one going and some of the folks from Youngstown are here today, and we congratulate them on the great work they're doing.
Lalit k Jha in Washington
© Copyright 2021 PTI. All rights reserved. Republication or redistribution of PTI content, including by framing or similar means, is expressly prohibited without the prior written consent.