News
Business
Movies
Sports
Cricket
Get Ahead
Money Tips
Shopping
Sign in  |  Create a Rediffmail account
Rediff.com  » Business » 'We have great expectations from this Budget'

'We have great expectations from this Budget' 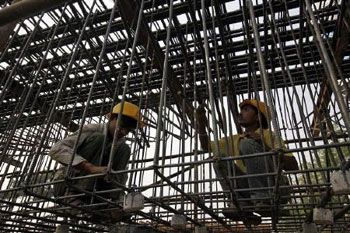 Infrastructural development has been at the forefront of the new government's agenda on account of its potential to propel the country’s economic growth. India’s real estate market has already seen the positive impact of this. Hence, in order to maintain the growth of the sector, it is imperative to introduce policies and incentives that will boost the sector in the Union Budget 2015-16.

Starting with support to incentivise affordable housing and permit higher tax exemption limits for home buyers, we have great expectations from this budget. The government should also focus on ensuring a separate industry status for real estate which will help boost domestic bank lending, increase Foreign Direct Investment into the sector and ease external commercial borrowing. Single window clearances for the real estate sector will also help in curbing costs and therefore, significantly boost the affordable housing market.

Another focus for the government for 2015-16 should be revising the current FSI rules for ensuring a better vertical growth of the city.

"We believe the government will work towards reducing the fiscal deficit"
Kamlesh Rao, CEO, Kotak Securities

“We believe the government will work towards reducing the fiscal deficit, which is a key factor for any government. With the need to increase consumption demand, there will be a relook at the personal and corporate taxation rates. A focus on kicking the capex cycle which is the big stimulus required for sustained economic growth. Inverted tax laws will hopefully find correction to realize the “Make in India” plan of the government.

Land reforms is also one of the key factor on which the government is highly active to amend it to help major sectors like Defence, Industrial corridors, Rural Infrastructure development and Affordable housing.

At 8900 – 9000 certainly one cannot act on short term view as the markets are going to remain volatile on the back of internal or external news flow but in the next 12 to 18 months of time we are expecting steady and positive indications. Down side is limited to 8000 as per Nifty and 27000 as per Sensex. On the higher side, we are expecting 25% to 30% returns in next 12 to 18 months of time.”

The Debt to GDP ratio is at 65%, which is higher than other countries with similar credit ratings. The Government may look at higher divestment receipts; it is also expected to curtail some expenditure as per the expenditure commission report prepared by the Jalan Committee.

This should give some room for the government to increase public expenditure to boost economic growth without increasing the fiscal deficit target.

The India economy has made a good start to the year with a stable government at the helm followed by the RBI reducing interest rates. However, considering the government’s blueprint to change the appearance of Indian Infrastructure, streamlining infrastructural projects is the necessity of the hour.

According to a recent McKinsey report, currently project delays and cost overruns cost India 2% of its GDP. Incorporating project management practices along with policy reforms will augment the end results that would aid the Government & Corporate India in facilitating a better future for Indian Infrastructure. 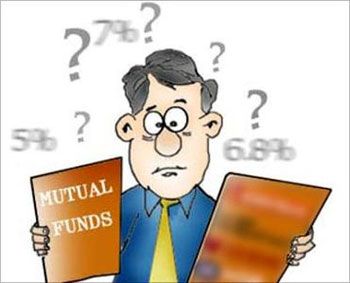 Separate regulator for Mutual fund to focus on the growth and penetration of Mutual Fund.

SIP in equity ETF and Index related funds should be made eligible investments under section 80 CC and the exclusive limit should be given up to Rs 50,000

Some allowance should be given to AMCs for opening offices in tier2 and tier 3 cities to promote MF business in these areas.

Low global crude prices and consequent savings, higher excise and disinvestment proceeds (stake sale in PSU’s, coal block auctions and spectrum auctions) will allow the government to meet its 4.1% fiscal deficit target for FY15. Further government is expected to stick to its fiscal consolidation path and take a target of 3.6% fiscal deficit for FY16. In our view, the government will use PSUs to step up capex cycle and boost growth rather than its own balance sheet thereby improving sovereign balance sheet and achieving twin goal of fiscal consolidation and growth.

Sectors likely to get attention and encouragement would be roads, renewable energy, defense, housing and Transportation (railways, logistics, ports).

The government is likely to reiterate its economic and governance agenda in order to allay any concerns about a change in the government’s policies. There should be more details about its key economic initiatives, and commitment to taxation reforms (implementation of GST).

The budget session will also be critical. The focus would be on converting the key ordinances on coal, insurance, land and mining areas and also the GST constitutional amendment bill, into bills.

Provisioning for cold chains in Budget 15-16 be much higher
Sanjeev Chopra, Joint Secretary in the Department of Agriculture and Cooperation, Ministry of Agriculture 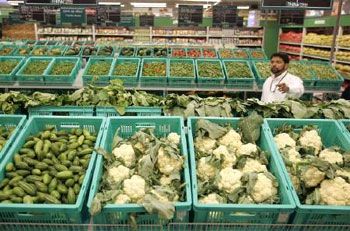 The forthcoming budget of the NDA government would have larger allocations and many more incentives for sunrise cold chain industry as compared to what it provisioned in the budget proposals for 2014-15 with reduced subsidies so that farmers avail of better realizations of their produce, especially those of perishable produce such as fruit and vegetables, says Joint Secretary in the Department of Agriculture and Cooperation, Ministry of Agriculture Mr. Sanjeev Chopra.

Inaugurating a National Conference on “Cold Chain–Technical Guidelines & Standards” organized by the PHD Chamber of Commerce and Industry, Mr. Chopra without elaborating on the volumes of allocations and incentives that the department of Agriculture is expecting from budget 2015-16, explained that the ministry recommendations have gone to the finance ministry.

“Since better realization of price to farmers of their produce is the focus of the government of the day, it would however, curtail subsidies for cold chains as the focus should be to enhance the catchments for farmers with proper transport facilities as of the current capacities of the cold chains, the agri produce stored in them is suitably transported to an extent of less than 3%”, said Mr. Chopra.

Speaking on the occasion, the CEO & Chief Advisor, NCCD Mr. Pawanexh Kohli informed that Rs.5,000 crore Warehousing Infrastructure Fund has been set up by the NABARD in October 2014 to finance the cold chains under priority sector lending arrangements. The fund would help industry avail finances for cold chains and their diversifications including expansions, he indicated.

During the conference a background note was circulated which has been jointly prepared by PHD Chamber and National Centre for Cold Chain Development (NCCD), the findings of which revealed that this sunrise industry is growing annually at 28% the total value of cold chain industry in India and is expected to reach US$13 billion by 2017 through increase investments, modernization of existing facilities and establishment of new ventures via private and government partnerships.

India's cold chain industry is still evolving, not well organized and operating below capacity. The Indian cold chain market is highly fragmented with more than 3,500 companies in the whole value system. Organized players contribute only 8-10% of the cold chain industry market. Most equipment in use is outdated and single commodity based. There are 5,381 number of total cold chain storages in India with 95% of total storage capacity under private players.

36% these cold storages in India have capacity below 1,000 MT. 65% of India's cold chain storage capacity is contributed by the states of UP and West Bengal. With the current capacity only less than 11% of what is produced can be stored. According to industry estimates, approximately 104 million metric tons of perishable produce is transported between cities each year. 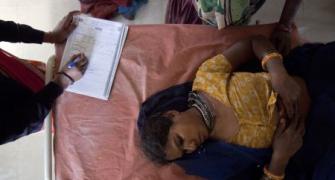 Now, pizzas to be delivered at your train seat!