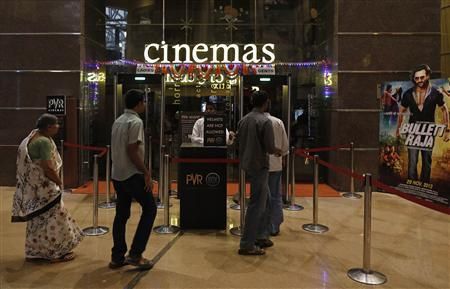 Media and entertainment sector is not so happy with Budget announcement for the sector.

Service tax increased from 12.36% to 14%. The Education Cess and Secondary and Higher Education Cess shall be subsumed in the revised rate of Service Tax.

GST to be implemented from April 2016.

Corporate tax reduced from 30% to 25% over the next four years, starting from next financial year.  Budget 2015: Complete Coverage

100% deduction for contributions, other than by way of CSR contribution, to Swachh Bharat Kosh and Clean Ganga Fund.

Enabling provision to levy Swachh Bharat cess at a rate of 2% or less on all or certain services, if need arises.

For companies, for financial year 2015-2016, additional surcharge called the “Education Cess on income-tax” and “Secondary and Higher Education Cess on income-tax” shall continue to be levied at the rate of 2% and 1%, respectively, on the amount of tax computed, inclusive of surcharge (wherever applicable), in all cases. No marginal relief shall be available in respect of such Cess.

Service Tax to be levied on service by way of admission to entertainment event of concerts, non-recognized sporting events, pageants, music concerts, award functions, if the amount charged is more than Rs 500 for right to admission to such an event.

Exemption of import duty on capital equipment for radio broadcasting

Reversal of CENVAT Credit for non-realization of export proceeds

Reduction of prescribed time limit under Rule 9A and 9B

Increase in service tax will be very negative to industry. However, this is expected to be passed on to consumers. There will be rise in ticket prices at Multiplex, MSO/DTH/Cable TV will see rise in package prices etc.

Cut in corporate tax rate from 30% to 25% to benefit. This will help companies in rise in net profit and EPS.

Service tax to be levied on the service like bowling alleys will have a minor impact on diversified entertainment players such as PVR.

Budget was mostly neutral for the Media & Entertainment sector, except for the increase in service tax rate.