I-T dept gets tough on taxation of transfers within MNCs

India is aggressively pursuing tax claims against multinational firms operating in the country as the government seeks to rein in its budget deficit, taking particular aim at IT and back-office functions, tax officials say. It has targeted several multinational companies in recent years for tax audits on transfer-pricing, but over the past 12 months has widened the scope of the investigations, tax officials said.

Authorities are now checking deals involving more than three dozen companies, focusing on transactions worth at least Rs 250 million ($4.7 million), officials said. Having just issued claims for the financial year to March 2009, it has shifted focus to 2009-2010.

Transfer pricing is the value at which companies trade products, services or assets between units across borders, a regular part of doing business for a multinational.

Revenue authorities in many countries including Britain, France, Germany and the United States are increasingly challenging efforts of companies to minimise tax liabilities by moving taxable income from higher-taxing jurisdictions to lower-tax ones.

In India's case, critics worry overly aggressive tax authorities could undermine foreign investment although tax officials say they have been working overtime as Finance Minister P. Chidambaram looks to make up a revenue shortfall and head off the threat of a credit rating downgrade.

"On some days we had to work through the night to meet the deadline," said one official. "There are so many cases that are coming to us but we don't have an adequate number of people."

At least 1,500 transfer-pricing disputes were in litigation in India as of February 2011, compared with fewer than six in the United States and none in Taiwan or Singapore, an Ernst & Young survey showed in August 2012.

One company in the cross hairs, Anglo-Dutch oil major Royal Dutch Shell, said earlier this month it would challenge a claim its local unit underpriced shares transferred to the parent by $2.8 billion. Shell said the claim is based on an "incorrect interpretation" of tax rules and "bad in law".

Shell said its India unit issued 870 million shares to parent Shell Gas BV at Rs 10 apiece in 2009 but that tax authorities valued them at Rs 183 each.

Effectively, India is demanding the tax on the interest Shell would have earned on the $2.8 billion, in the largest ever claim in an Indian transfer pricing case, tax officials said.

In information technology and business process outsourcing (BPO), the tax department believes many firms are taking advantage of low costs in India to develop high-end, patented services or products that are sent to overseas parent firms as low-value routine work, the tax officials said.

These sectors are expected to account for more than half the total claims in transfer pricing deals in the fiscal year 2008/09, one of the officials said, up from about one-third earlier.

Outsourcing makes up more than $100

billion of India's economy with companies such as Accenture, Bank of America Merrill Lynch, and Microsoft Corp employing thousands in functions such as customer service, risk and fraud management and finance and accounting.

A spokeswoman for the National Association of Software and Services Companies said the Indian outsourcing lobby group was concerned tax authorities have been making "inconsistent and very aggressive adjustments."

Because valuing an internal transaction is often a matter of opinion and assumption of future growth, companies and tax authorities can arrive at widely divergent views on their value.

"Some of their decisions on valuations are very arbitrary and obviously may not be sustainable at higher appellate levels," said Sanjay Tolia, partner for transfer pricing at Price Waterhouse & Co in Mumbai.

In LG Electronics' case, tribunal documents show the company's Indian unit was deemed to be promoting the LG brand owned by its parent, which should have compensated the local unit, thereby generating taxable income. Authorities claim the excess expenditure amounted to a transfer pricing adjustment of Rs 1.61 billion (Rs 161 crore).

Earlier this month, British-based mobile phone giant Vodafone Group Plc said it had received a fresh transfer pricing order in India over the issue of shares by a unit, adding to its tax woes in the country.

Vodafone is already fighting a transfer pricing case in the Bombay High Court that involves a $1.6 billion disagreement, a person with direct knowledge of the matter said. The company declined to comment.

India is also trying to claim more than $2 billion in tax stemming from Vodafone's 2007 acquisition of an Indian mobile company from Hong Kong's Hutchison Whampoa Ltd.

Vodafone says share subscriptions are not covered by either Indian or international rules on transfer pricing so the latest order had "no basis in law".

Tax officials say that while shares are not taxable, the department is increasingly clamping down on under-priced share deals on the premise that it is losing out on taxing the interest that the adjusted amount would have earned.

Still, consultants say the department's argument would not stand the test of law.

Cadbury said it has challenged a ruling made against it for 2007-08 and that India's income tax tribunal had granted a stay on the demand upon payment of less than 10 percent of the amount.

The income tax department argues the local unit overpaid its parent for brand royalty and service fees, thereby lowering its profit in India and resulting in a lower tax obligation.

"It is not uncommon that the income tax department and a tax payer have a difference of opinion on the interpretation of tax laws," Cadbury said in a statement to Reuters.

© Copyright 2022 Reuters Limited. All rights reserved. Republication or redistribution of Reuters content, including by framing or similar means, is expressly prohibited without the prior written consent of Reuters. Reuters shall not be liable for any errors or delays in the content, or for any actions taken in reliance thereon.
Related News: India, Royal Dutch Shell, Cadbury, Capgemini, LG Electronics
Print this article
A correction is about to begin in world markets 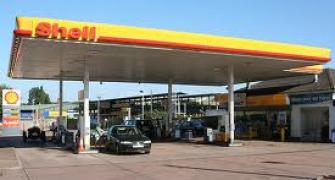 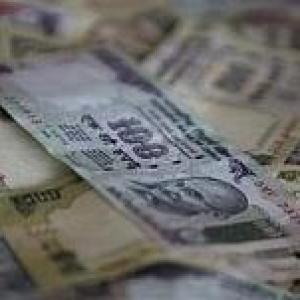 Taxmen look at ways to deal with transfer pricing cases