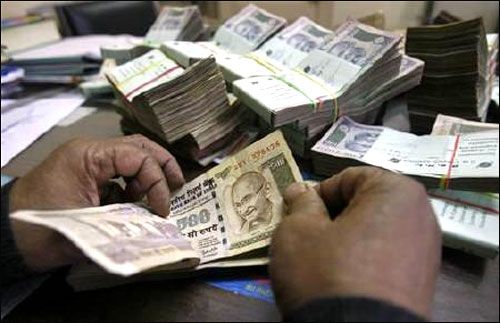 Finance Minister Arun Jaitley, in the Budget for 2015-16, is likely to target around Rs 43,000 crore (Rs 430 billion) from divestment proceeds, almost the same level that the government expects to realise from stake sale in PSUs this fiscal.

"The divestment target to be outlined in Budget should be in line with this fiscal's target. There are only a handful of big companies which have to comply with the minimum public holding norm," a source said.

Jaitley would present the Budget for 2015-16 on February 28. The government looks at divestment proceeds as a major source of revenue, after tax collection, to finance the fiscal deficit.

Elaborating why the target can't be put in higher range, the source said: "We can't go ahead with another big ticket divestment in CIL within the next fiscal. Although, the market is trading high, PSU stocks are under-valued".

The government last week sold 10 per cent stake in Coal India (CIL) for Rs 22,558 crore (Rs 225.58 billion). It has to sell another 5 per cent in the company to achieve the minimum 25 per cent public shareholding norm as prescribed by market regulator Sebi.

"The target for 2015-16 would be a pragmatic one and not random figure to bridge the deficit. Divestment should be a continuous process, not a last mile effort to bridge deficit," the source added.

In the current fiscal, the government has raised about Rs 24,400 crore through stake sale in SAIL and CIL. With less than two months remaining for the fiscal to end, it is racing against time to meet the budgeted target of Rs 43,425 crore (Rs 434.25 billion).

The government has lined up a host of companies for a possible divestment, including IOC, NMDC, BHEL, Nalco, Dredging Corporation, PFC and REC.

As per an analysis of stakes held by the government in listed PSUs, there are close to 30 such companies where the public holding in less than 25 per cent and Sebi has proposed that the government pares its stake in these companies to 75 per cent or below by 2017.

The major PSUs where government holding currently stands at more than 75 per cent include Coal India, NHPC, NMDC and SJVN.

Moreover, there are at least seven companies where the government's stake is 90 per cent and these include MMTC, Hindustan Copper, HMT, National Fertlisers, Neyveli Lignite Corp, State Trading Corp and State Bank of Mysore.