Budget data to give clues to Modi's capex promise 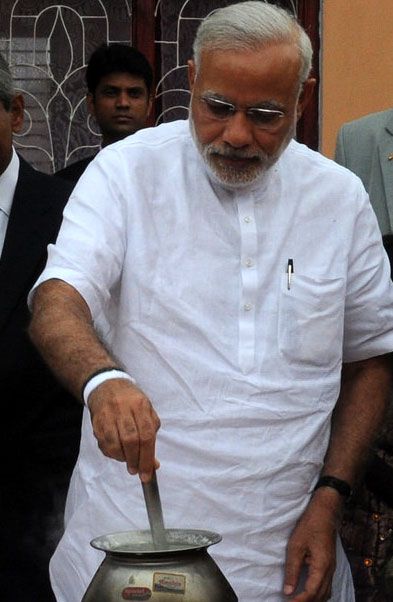 Prime Minister Narendra Modi hit his borrowing targets in the fiscal year recently ended by slashing $19 billion in capital spending and data on Friday will show whether he has taken his foot off the brakes in April.

Modi, who has completed one year in power this week, managed to beat a fiscal deficit goal of 4.1 percent of GDP in the fiscal year to March with a severe capex squeeze in the final three months of the year.

Fiscal deficit figures for the first month of the new fiscal year, due just before quarterly GDP figures, will give a first indication of whether Modi is committing government cash to back his election pledge of "better days" for India.

In the last fiscal year, the government cut its capital spending - mainly on rural and urban infrastructure projects - by more than a fifth to 4.36 trillion rupees. Its original budget estimate was 5.55 trillion rupees.

"Things could have been worse had the government not got a windfall gain from lower global crude oil prices. That helped cut the subsidy bill and collect more taxes on oil products," said a senior finance ministry official.

Analysts warn that the retrenchment will have a knock-on effect on the pace of recovery as private investment remains weak. Although the GDP figures are expected to show India outpacing China as the world's fastest-growing economy, they are flattered by statistical revisions that even policy makers say are hard to square with subdued indicators of economic activity.

"The government should have used the opportunity to raise public investment rather than taking credit for achieving better-than-budgeted fiscal deficit numbers," said N.R. Bhanumurthy, an economist at the National Institute of Public Finance and Policy (NIPFP), a Delhi-based think tank.

© Copyright 2021 Reuters Limited. All rights reserved. Republication or redistribution of Reuters content, including by framing or similar means, is expressly prohibited without the prior written consent of Reuters. Reuters shall not be liable for any errors or delays in the content, or for any actions taken in reliance thereon.
Related News: National Institute of Public Finance and Policy, GDP, Narendra Modi, Alan Raybould, Douglas Busvine
SHARE THIS STORY
Print this article