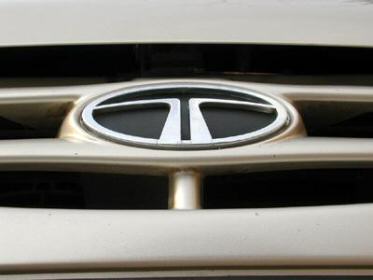 Shares in Tata Motors slumped as much as 10 per cent on Thursday after the auto maker said its Jaguar Land Rover unit was likely to report a lower profit margin in the October-December quarter.

The warning late on Wednesday came as a surprise given Tata shares hit a record high earlier this month on a rally sparked by expectations for improving sales at JLR, especially in the key China market, and optimism about the launch of new models.

Tata said sales volumes were likely to be higher than in the previous two quarters, but warned earnings before interest, taxation, depreciation and amortisation could fall due to exchange rate fluctuations and a higher mix of cheaper Evoque sports utility vehicle sales.

"Given that adverse currency movement and a weak product mix -- led by Evoque -- are the primary factors driving down margins, the pain may spill over to FY14," Mumbai-based financial services firm IDFC said in a report dated on Wednesday.

UBS cut its fiscal 2013 and 2014 earnings-per-share estimates for Tata Motors by 6 per cent according to an email sent to clients, and maintained a ‘sell’ rating on the stock, citing ‘expensive’

Shares in the auto maker surged 22.7 per cent in November and December, helping the blue chip become the best performer among the Sensex constituents last year, on expectations a recovery in China would boost JLR model sales.

JLR was also set to unveil eight new vehicles in 2013, including a convertible sports car and a new hybrid Range Rover.

The auto maker is due to report earnings in February, but has not yet specified a date.

On Thursday, South Korea's Hyundai Motor posted a surprise 5.5 per cent fall in quarterly net profit, missing forecasts, as record car sales were in part dented by the impact of a stronger local currency.