News
Business
Movies
Sports
Cricket
Get Ahead
Money Tips
Shopping
Sign in  |  Create a Rediffmail account
Rediff.com  » Business » Budget gets a thumbs up from India Inc

"India's middle class, small traders and farmers are the lifelines of its economic growth. By catering to these ambitions #Budget2019 infuses hopes for millions of dreams." 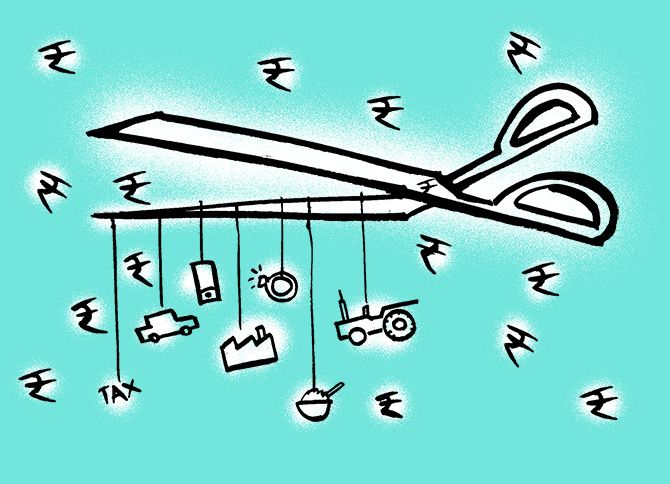 India Inc on Friday termed the Modi government's last Budget as a balancing act of populism with a pragmatic approach in an election year,

taking into consideration both "hosh and josh".

It is "an 'election year' Budget that expectedly has something for everyone, from farmers to traders, workers in unorganised sector to the salaried middle class", Biocon CMD Kiran Mazumdar-Shaw said.

She said the government did well to balance the populist tone by signalling its commitment to stick to the road of fiscal discipline.

"India's middle class, small traders and farmers are the lifelines of its economic growth. By catering to these ambitions #Budget2019 infuses hopes for millions of dreams," Adani Group chairman Gautam Adani tweeted.

Expressing similar views, Mahindra Group chairman Anand Mahindra said in a tweet, "I was bracing for a populist, profligate budget driven by 'election panic.'  I'm just grateful that the reliefs to the key middle class & farmer segments were delivered in a measured way without risking bankruptcy of the economy. This was a controlled, pump-priming exercise..."

RPG Enterprises chairman Harsh Goenka termed the announcements in the Budget as "a volley of sixes, a victory for farmers and middle-class, two major pillars of our economy".

He further said, "Balancing both hosh and josh, the Budget will stimulate consumption demand and alleviate lives in rural areas..."

"The Narendra Modi government must be applauded for a pro-growth and fiscally prudent budget for the financial year 2019-20 without putting the exchequer's finances under too much pressure," Vedanta Resources executive chairman Anil Agarwal said.

Dalmia Cement (Bharat) MD and CEO Mahendra Singhi said the key highlight of the Budget was benefits to empower the rural and agro economy.

"The measures announced in the Budget are likely to provide a significant impetus to consumption spending in the economy, which will boost growth in the near to medium term," CII president Rakesh Bharti Mittal said.

Another industry body Assocham said the interim Budget appears to be a good one with a mix of populist and pragmatic statements.

"The announced tax breaks, together with low average inflation, are likely to spur domestic demand and spending, and inject liquidity in the market.

“This is great news for sectors such as hospitality and travel," OYO Hotels and Homes Founder & Group CEO Ritesh Agarwal said.

Apollo Hospitals Group Chairman Prathap C Reddy termed it a forward-thinking budget with a definitive vision to accelerate much greater progress and enhance wellbeing of Indians.

"It is a progressive budget that addresses both the current challenges being faced by the economy as well as presents an outline of the vision the government has for the future of India ten years ahead," Ficci president Sandeep Somany said.

PHDCCI president Rajeev Talwar said the budget deserves 9.5 points out of 10 on creating a dynamic, promising and confidence-building environment.

"India would continue to need more structural, policy and economic reforms to become a $5 trillion economy in the next five years. There is a considerable ground to be covered and this Budget has set the tone for future discourse," Shyamal Mukherjee, chairman, PwC India.

"An interim budget with clear focus on long-term fundamentals along with targeted proposals crucial to address the current economic, political and social situation.

“Right from the farmer, to unorganised sector workers to middle class tax payer, everyone would have something to cheer upon," BDO India Partner M&A Tax Suraj Malik said.

Magma Fincorp Ltd Vice chairman and managing director Sanjay Chamria said, "A middle class budget with a rural focus is what the government has delivered in an election year."

Essar Capital director Prashant Ruia said it was a good budget in that it is aimed at spurring consumption and creating demand that is sustainable.

SAIL chairman A K Chaudhary said, "The budget announcement for industry as a whole looks positive.

“The development of infrastructure in the country has been given further emphasis in this interim budget as well. Sectors like railways, roadways and waterways remain the focus areas of growth."

Budget allocation for expanding the railway infrastructure, improving connectivity through Pradhan Mantri Gram Sadak Yojana and scaling up the Sagar Mala project are all indications for more steel consumption in the country, he said.

Sameer Kochhar, chairman, SKOCH Group, said, "The announcement of schemes such as Kisan Samman Nidhi Yojna , Shramyogi Maan-dhan Yojna and hike in MNREGA from Rs 5,000 crore to Rs 60,000 crore will definitely be a step forward in ensuring the upliftment of the weaker sections of the society." 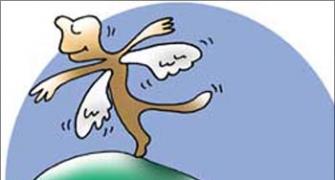 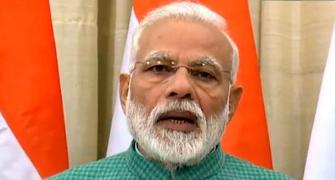