Has the Women's Reservation Bill put the Finance Bill, 2010 in jeopardy? This was the question Congress managers were asking themselves today after two important supporters of the United Progressive Alliance, the Samajwadi Party and the Rashtriya Janata Dal with 21 and four MPs in the Lok Sabha respectively, threatened to withdraw support if it pressed ahead with the Women's Reservation Bill. 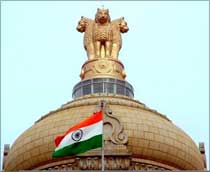 The Bill, which requires a constitutional amendment, envisages the reservation of 33 per cent of Lok Sabha and state legislature seats for women. It has been a point of contention since 1993 when the amendment was first proposed.

To iron out the differences PM has convened a meeting of SP, RJD and JD(U) on Tuesday morning. He may meet some other allies separately. The government has re-scheduled the Women's Bill in the list of business in Rajya Sabha on Tuesday.

Finance Minister Pranab Mukherjee told the leaders of the four parties that "the government has heavy financial agenda like the Finance Bill and other appropriation Bills. We have to keep in mind the future of these Bills as well."

The failure of a Finance Bill means a defeat for the government, following which it is required to resign immediately.

The proposal is supported by almost parties (see table), capping a 14-year marathon debate that has gone on in various fora about the form the Bill should take and how it could be made socially equitable.

The BJP and the Left are united that the Bill should be passed and later, refined to include aspects concerning social equity.

Today, many of these differences spilled out into the open as the RJD leader Subhash Yadav and others trooped into the well of the House and both Houses were adjourned several times amid noisy scenes.

Yadav and colleagues sought to snatch papers from Hamid Ansari, Vice President and deputy chairman of the Rajya Sabha. Kamaal Akhtar even stood on the centre table of the secretariat staff and disrupted proceedings.

So far, however, neither of the parties have written to the President of India informing her of their decision, or informed the Lok Sabha Speaker, indicating the UPA has a small window of negotiation.

Congress floor managers acknowledge grimly that the immediate challenge would be the passage of the Finance Bill and other budgetary provisions for which the ruling alliance has a wafer-thin majority.

It also enjoys the support of some independents in the lower House taking the total to around 290. The Lok Sabha has a strength of 543 elected members.

The Bahujan Samaj Party (BSP) also announced that it would not support the Women's Reservation bill but limited its opposition to the government to the Women's Bill.

In the current configuration of the current Lok Sabha, the fall of the UPA is a zero sum game. The SP and the BJP cannot get together to dislodge the government for ideological reasons; the Left parties and the BJP cannot join forces for the same reason; and the BSP and SP cannot be seen to be on the same side because their common sphere of influence is Uttar Pradesh where they are political rivals.

The Bharatiya Janata Party had announced that it would propose cut motions during the voting on the Finance Bill. However, today a senior leader said the party was still to take a view on whether it would actually press these cut motions, illustrating the limits to which the BJP would go to destabilise the government.

Nevertheless, government managers acknowledged that they would have to concede some ground to SP and RJD if the UPA did not want to face similar blackmail in the future.

Briefing reporters, Lalu Prasad said Bill was against poor and downtrodden women and under no condition would his party would allow the passage of the legislation. "We are dead against the bill in its present form."

Mulayam Singh Yadav said the Bill was against the poor and his party would oppose the legislation both inside and outside Parliament. 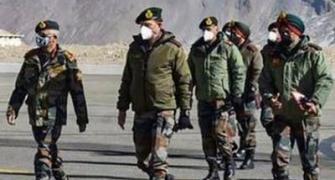 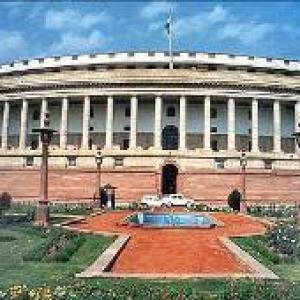