In one of the largest deals in West Asia, a consortium of Indian telecom firms led by Delhi-based Vavasi Group, which also hopes to rope in state-owned Bharat Sanchar Nigam Ltd (BSNL) and Mahanagar Telephone Nigam Ltd (MTNL) and a Malaysian investor, will acquire a 46 per cent stake in Kuwaiti telecom company Zain for around $13.7 billion.

The consortium and the Malaysian billionaire Syed Mokhtar al-Bukhary will pay 2 dinars ($6.97) per share.

Asked about the deal, Farid Arifuddin, managing director of Vavasi Telegence, confirmed the development. "Yes, we have signed the deal with Zain. It would take a while before it is closed. The role of BSNL and MTNL are yet to be finalised. We see a lot of synergy between India and other countries, where Zain group has operations in Africa. I can't divulge further details as the information is sensitive," Arifuddin said over the phone from Dubai.

In a press statement, however, MTNL and BSNL said they would like to clarify that no view has been taken regarding their participation in the consortium. "However, MTNL & BSNL are always on the look-out to explore all types of overseas business opportunities to expand their operations." the statement added

Operating  in over 24 countries in West Asia and South Africa, the $7.44 billion telecom company has a subscriber base of over 69.5 million. The countries in which it operates include Saudi Arabia, Bahrain, Kuwait and Republic of Congo.

Meanwhile, addressing a press conference in Dubai, Kharafi Group Vice-President Bard al-Kharafi, one of the large equity holders of Zain, said the deal would take four months to complete.

Kharafi had earlier confirmed it was in talks to sell its position in Zain, estimated at about 20 per cent, along with other shareholders. Combined, the group holds over 46 per cent stake in Zain.

There were reports in the Indian media that Reliance Communications (RCom) was in talks to acquire the stake in Zain. However, RCom had denied it this week.

The Kuwait firm had appointed UBS as an advisor. The little known Vavasi Telegence had made a plan to build building up a network that would support 100 million subscribers over the next five years in the country by using a new technology.

The company was using a recently developed Chinese technology, Time Division-Synchronous Code Division Multiple Access  to offer high-speed wireless connectivity, using a spectrum band that is not in use at the moment.

The company had also sought guard band in 1800 Mhz to offer next-generation wireless services. However the proposal is still with the government. A group company had also applied for a pan India telecom licence.

The group also claims to be in different businesses which include real estate, renewable energy, steel cement and real estate amongst others. The group recently signed an agreement with the Rajasthan government to set up a Rs 45,000-crore silcon manufacturing complex. 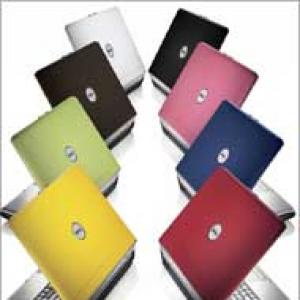