The company, which ranks after Airbus and Boeing in the commercial aircraft market globally, has lost value rapidly, especially in the wake of the Covid-19 pandemic. 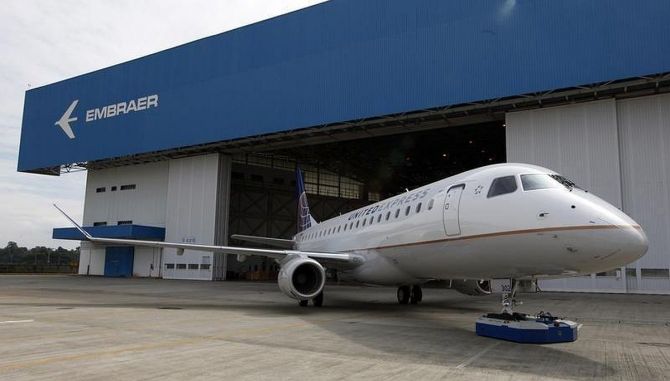 “We are very interested. We are exploring alternatives,” the official said, confirming a development reported earlier by Reuters on Brazil’s plans to reach out to India and China as possible new partners.

One of the arrangements the government is considering is a tie-up with a sovereign fund to finance the deal.

This is the first time the Indian government has expressed clear willingness to enter the deal.

The official said India’s interest has been conveyed to the Brazilian government.

While Embraer is a listed company with diversified shareholding, the Brazilian government holds veto rights over the company through a golden share.

The company, which ranks after Airbus and Boeing in the commercial aircraft market globally, has lost value rapidly, especially in the wake of the Covid-19 pandemic, and has reported a loss of $315 million for the April-June quarter.

“The Brazilian government would be naturally supportive of any contribution of Embraer to India’s growth story and the strengthening of bilateral relations,” said a Brazil embassy spokesperson, without divulging details.

For India, getting the plant will sit well with the government’s ambition to develop the economy’s credentials as a manufacturing entity.

It has been keen to get marquee names into the domestic manufacturing circuit.

“There are risks in considering the deal. But where else will we get a similar company?” asked the official quoted earlier.

The subject has been debated within the top decision-making levels in the government and a decision is expected soon.

That Brazil has also floated the Embraer bid to China has added a further note of urgency to the discussions.

The key aspect to a possible deal is, therefore, setting up operations in India by the Brazilian company.

This is not clear as yet, but it is of vital importance for the government to secure, the official said.

While Embraer did not respond to queries from Business Standard, the embassy spokesperson said the two countries have been happy to renew their strategic partnership.

“India is set to be the largest market for aviation in the coming years - despite the impact of the pandemic.

"From what we hear, Indian clients always stress on high quality and advantages of Embraer’s aircraft.”

The government has meanwhile begun to explore the financial costs of the deal and has held preliminary talks with entities within India and abroad to finance the buyout.

One of the options is to jointly finance the deal through a sovereign wealth fund.

The valuation of the company that has straddled the mid-sized aircraft market has dipped from even the $4.2-billion at which Boeing was slated to pick 80 per cent stake in it when the talks were called off in April this year.

It also included a 49 per cent stake in the C-390 Millennium military transport jet programme of Embraer.

The government does not have a template to undertake a deal of such scale.

All acquisitions abroad of oil and gas assets have been made by government-owned companies.

These firms have had access to the government purse, largely as guarantees to raise loans abroad to buy the assets.

Of the two civil aviation entities, Air India is sick and in no position to raise any money from within the country or abroad; the other aircraft manufacturer, Hindustan Aeronautics (HAL) has too feeble a balance sheet (Rs 1,989 crore revenue in 2018-19) to make a bid.

The Reuters report had quoted R K Tyagi, ex-chairman of HAL, that he has written to the Modi government, urging it to move fast.

It is consequently a new territory for the Indian government to traverse. 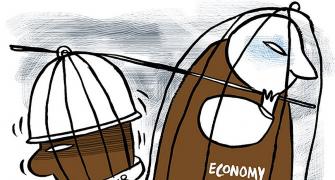 Now, states have power to be flexible on labour laws 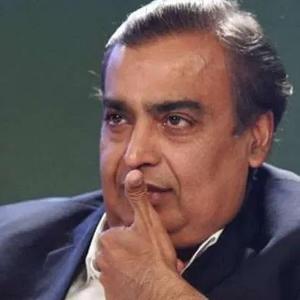