Advertising agencies admitted that conversations had begun with their clients to exercise restraint while using brand endorsements featuring film actors whose names appeared in the probe. 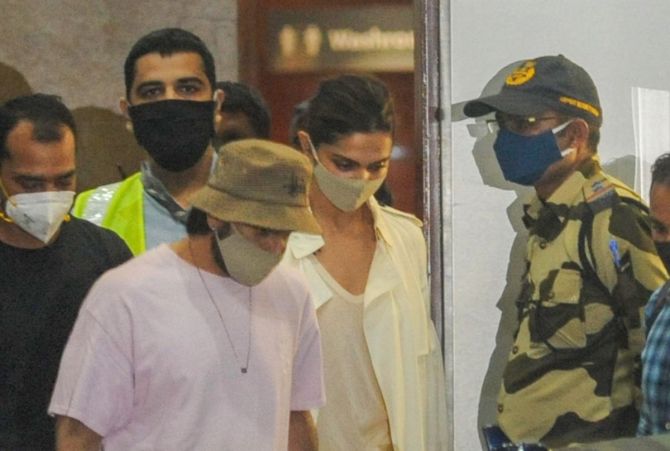 The ongoing investigation into the use of drugs in Bollywood has compelled advertisers to err on the side of caution.

Advertising agencies that Business Standard spoke to admitted that conversations had begun with their clients to exercise restraint while using brand endorsements featuring film actors whose names appeared in the probe.

"There is a level of caution among advertisers as the investigation has widened in the past few months.

"Most brands prefer celebrities who are perceived to be clean.

"It will, therefore, be a negative for an endorser whose name figures in the probe," said Manish Bhatt, founder director of ad agency Scarecrow M&C Saatchi.

"We were considering a celebrity endorsement recently for a brand.

"But with the ongoing probe gaining pace, we advised the company to defer the decision for now," Bhatt said, without revealing the name of the advertiser.

Film actors are typically used by a cross-spectrum of brands wanting to induce brand recall or propagate their message quickly, riding on the goodwill of the endorser.

TAM Adex data for the period between January and June 2020 showed a trend emerging in favour of a lower preference for film actors as the Covid-19 pandemic and lockdown forced advertisers to redraw their advertising strategies and budgets.

The drugs probe has only forced advertisers to continue playing down celebrity endorsements led by film stars in July-August, despite television advertising in general increasing from June onwards after the Unlock process began, TAM Adex said.

And endorsements by sportspersons, especially cricketers, have increased 17 per cent in the period versus last year, it said.

Some experts argue the preference for cricketers as endorsers is a result of the Indian Premier League (IPL), which began last week in the United Arab Emirates.

"Cricketers are a safe bet at this point because the IPL is on. Second, a dope test is part of their routine, so at least brands do not have to worry about a drugs issue tainting the endorser," N Chandramouli, chief executive officer (CEO) of brand advisory firm TRA Research, said.

Abhijit Avasthi, co-founder of ad agency Sideways, who was earlier national creative director at Ogilvy, said the buzz in the industry had been to dial down commercials that featured actors whose names appeared in the probe.

Actors Deepika Padukone, Shraddha Kapoor, Sara Ali Khan, and Rakulpreet Singh were among the stars who've been summoned by the Narcotics Control Bureau.

"This is a natural reaction by advertisers if a popular name or face finds itself embroiled in a controversy," said Avasthi.

"This will continue till the time the issue is resolved.

"And brands who've been talking to film personalities for endorsements will think twice, at least for now," he said.

A study last week by the Indian Institute of Human Brands, led by adman Sandeep Goyal, said 82 per cent of consumers in the age-group of 18-30 years would not buy a brand endorsed by a celebrity whose name appeared in the drugs probe.

As many as 487 respondents were contacted telephonically across cities between September 12 and 13 for the study.

Goyal said that allegations of drug use created a “halo of negativity” for the endorser, which was difficult to erase.

In the past, actors such as Fardeen Khan, whose name appeared in a drugs probe, saw his career fade, said Santosh Desai, managing director and CEO, Futurebrands.

"Any controversy can tarnish the reputation of a celebrity.

"And in this age of social media, public figures have to be extra cautious how they come across to people and what kind of lifestyles they promote," he said.

"While there will be some caution when using names that have appeared in the ongoing probe, ever-green stars such as Amitabh Bachchan will not be impacted.

"Advertisers will continue to work with him and other bankable actors,” he said.