If we persist in talk and little action, I think we will slip. I fear the consequences of sustained slow growth. We need strong, sustained, clever action today, Rajan said. 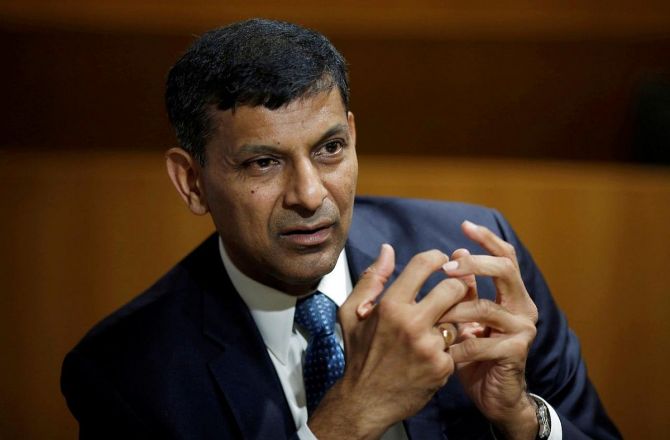 Bold government reform that triggers animal spirits and implemented effectively on the ground is essential for India to come out of the COVID-19 setbacks, former RBI Governor Raghuram Rajan said.

He also made it clear that the space for expanding the balance sheet for RBI is not "infinite", and the central bank will need to have a strong focus on monitoring inflation as it does that.

Rajan said that because of the slide in the growth over the last few years, India entered the current crisis in a more "debilitated" state as compared to its peers.

As per some estimates, economic growth is expected to contract by as much as 9.5 per cent in FY21 due to the coronavirus pandemic.

The government and RBI have announced a slew of reforms to arrest the slide and aid the recovery.

"… kind of animal spirit has to be created by really bold government action.

“And unfortunately thus far, I can see some possibilities that have been announced in agriculture but we need far more elsewhere," Rajan said, speaking at a Linkedin interaction.

The interaction was on COVID-19 impact on economies and the way forward.

"If we in India can summon up the necessary political push for serious reforms, which we have always kept on the shelf and not implemented, or waited till there is a political consensus, I think if we can build the political consensus quickly and enact those reforms that will be a bold political move," he noted.

He also said that this could be helpful in a time like this in creating the perception that India will grow going forward.

"... if that can be done for the next few years, if we can reform in an effective way, not verbal but actual implemented reforms on the ground, I think we have a strong chance," Rajan, who now teaches at University of Chicago in US, said.

He also said that "Aatmanirbhar" programme is a good initiative but India has to first rectify its deficiencies.

"If we persist in talk and little action, I think we will slip. I fear the consequences of sustained slow growth. We need strong, sustained, clever action today," he said.

Citing his interactions with small businesses from Chennai and Kolkata, Rajan said many of them are stressed and need urgent financial support.

"Our government says it will come in with the money eventually when the economy is opening up fully, but by that time a number of these entrepreneurs may not have the resources to continue and may have closed," he warned.