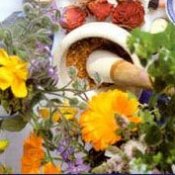 The European Patent Office (EPO) has rejected 15 patent applications of various international companies during the past one year after it found they had used India's traditional medicinal knowledge to prepare certain products.

The action was taken after the government entered into an access agreement with EPO in February last year to share India's traditional medicinal knowledge and prevent the practice of foreign companies taking patent on Indian systems of medicine.

"We identified 36 cases of bio-piracy and took them with EPO. Fifteen cases have been already rejected by the EPO.

We expect another 21 to be rejected soon," V K Gupta, Director of Traditional Knowledge Digital Library (TKDL), a project to conserve and share the knowledge on the Indian medicine systems, said. The government has embarked upon digitalising the traditional knowledge under TKDL project.

The TKDL, a collaborative project between Council of Scientific and Industrial Relation and Department of AYUSH under Ministry of Heath, has also identified another over 100 cases of bio-piracy at EPO. It will take those cases with the patenting organisation soon, Gupta said.

India has also joined hands with the US and UK to prevent the practice of international companies taking patent on Indian systems of medicine.

It has signed agreements with United States Patent and Trademark Office (USPTO) and the United Kingdom Trademark and Patent Office (UKPTO) in this regard in November last year and January this year respectively, said a statement issued by CSIR DG Samir K Brahmachari and AYUSH secretary S Jalaja.

The signing of Traditional Knowledge Digital Library (TKDL) Access agreement with USPTO and UKPTO will protect India's traditional medicinal knowledge from biopiracy. Under TKDL access agreement, the patent examiners at the international patent offices can utilise the TKDL database for patent search and examination purposes.

They cannot reveal the content to third party unless it is necessary for citation purposes. When the patent is awarded, the examiner goes through the available database on similar formulations.

The government started the TKDL project in 2001. About two lakh medical formulations have been digitalised under it. About 2000 patents are wrongfully awarded annually on certain formulations which are already there in the Indian medicinal systems.

India's traditional medicinal knowledge exists in languages such as Hindi, Urdu, Sanskrit, Arabic and Tamil. This knowledge was neither accessible nor understood by patent examiners at the international patent offices.

A study carried out by TKDL has found a sharp decline on filing of patent applications concerning Indian system of medicines, particularly in the generic group on medicinal plants at EPO.