Bengaluru closes in on Shanghai in office space 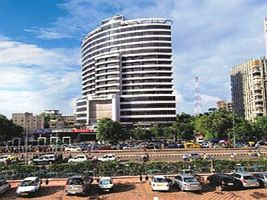 Bengaluru's office stock has grown over five and a half times in the past four years, to 80 million sq ft. That has meant Grade-A office space there is now just 14 per cent less than Shanghai's.

Latest CBRE data show Mumbai and the National Capital Region together have just 13 per cent more office space than Bengaluru.

"Except 2008-09, there was robust growth in IT (information technology) and there was a quite a bit of absorption by IT companies.

IT/ITeS (IT-enabled services) account for nearly 80 per cent of the total office space absorption in the country.

"Even in the worst of times, Bengaluru saw an absorption of six to eight million sq ft a year. In the best case, it was 10 million sq ft.

"In between, markets went through a slowdown and IT was the last one to recover," says Ashok Kumar, managing director, Cresa Partners, an international realty services firm.

Whitefield, a IT office hub on Bengaluru's outskirts, has five to six million sq ft of vacant space, around half of Bengaluru's total vacancy, said a property developer from Bengaluru, who did not want to be identified.

Experts say the main reason why Bengaluru has been rising fast is the comparably lower lease rentals.

For example, Zia says, since IT firms need large offices at Rs 30-50 a sq ft per month, Bengaluru fitted the bill with huge tracts of land at lower prices.

"Even the cheapest Grade-A office in Mumbai comes at Rs 125 a sq ft," he adds. Mumbai is the fourth most expensive office market in the world.

Though Delhi's satellite cities of Noida and Gurgaon offer rents at Rs 40-45 per sq ft a month, IT firms prefer Bengaluru, as it offers superior manpower, says Zia.

"Though the rents are going up in the CBD due to the upcoming metro and new hotels, there will be pressure on rents in suburbs," he says.

So, too, in Mumbai. CBRE's report says Nariman Point and Bandra Kurla Complex, two of Mumbai's main business hubs, may witness a rise in rents in the coming year.

However, areas such as Worli, Lower Parel and Parel in central Mumbai and suburbs such as Malad, Thane, Powai and Navi Mumbai are expected to see marginal increase or stability in rents, due to large supply and higher vacancies.

"It will take 12 to 15 months to absorb the current supply. Till that time, I do not think rents will increase," says Kumar of Cresa Partners.

Magazine of CBRE says there is a possibility that the NCR would overtake Bengaluru in the long term, since places such as Noida, Gurgaon, Greater Noida and others are coming up with large supply.

The CBRE study also says the top seven Indian cities added 280 million sq f of office space in the past few years, as against 297 million sq ft added by the four Asian tigers of Shanghai, Singapore, Hong Kong and Seoul together.

"It clearly suggests that we are reaching a critical mass in real estate. Compared to the size of our country, the size of real estate is really small now,'' Magazine says. 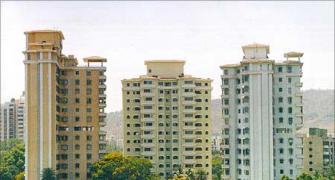 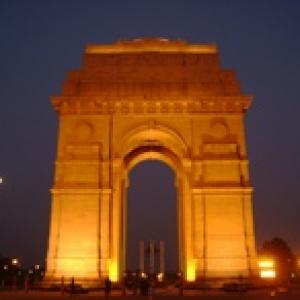