A key hindrance to a faster turnaround of these banks is the slow progress in the resolution of legacy bad loans and the need to build up provisions against those assets.

The recapitalisation of 12 State-owned banks will improve their core capital, crucial for meeting regulatory norms. But, it will take four-five quarters for them to show stable performance, leading to profitability, according to bankers.

Senior public sector bank executives said banks will look at expanding their loan books, albeit cautiously. The focus will be on the retail, agriculture and micro, small and medium enterprises (collectively termed RAM) segment where the demand is robust and risks are spread over a large number of borrowers.

On Wednesday, the government announced a Rs 48,239-crore capital infusion into 12 public sector banks in this fiscal year to help them maintain regulatory capital requirements and finance growth plans.

One such lender, Corporation Bank -- which may exit the Reserve Bank of India’s Prompt Corrective Action regime by the end of March -- expects to clock business (deposits plus advances) of Rs 4 trillion, in medium term. Business has shrunk from Rs 3.27 trillion in December 2017 to Rs 2.95 trillion at end of December 2018. At present credit to deposit ratio stands at 66 per cent.

A Corporation Bank executive said the book shrunk because of certain restrictions on lending. Now there will be headroom to grow loans, and RAM will remain a priority.

Rating agency Moody’s on Thursday said the capital support to State-run banks has been increased from the original plan as banks’ capital shortfalls have grown larger than the initial projections.

“However, these banks are far from a complete turnaround as large volumes of problem-loans will still continue to cap improvements in profitability and capitalisation, constraining their credit profiles," Moody’s said in a report.

A key hindrance to a faster turnaround of these banks is the slow progress in the resolution of legacy bad loans and the need to build up provisions against those assets.

“Although the resolution process at bankruptcy courts (National Company Law Tribunals) has been initiated for most large NPA (Non-performing asset) accounts, progress has been slower than we anticipated, and a complete cleanup of legacy problem loans could take more than two years,” the agency said.

It said farm loan waivers, which three states have granted since November 2018, are a risk because these measures can incentives borrowers to not repay their loans, contributing to more bad loans in the agri lending books, agency added.

Krishnamurthy Subramanian also called for the diversification of business model by PSBs so that lenders were able to absorb any economic shock. 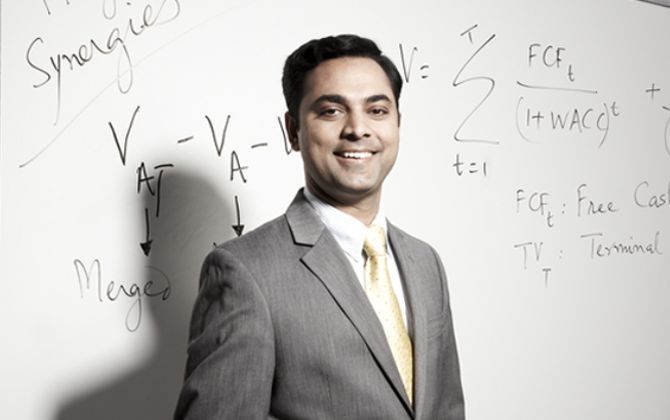 “The Centre has shown the political will to let PSBs run independently without interference in their commercial decisions. But let’s also take a step back to do a reality check. This happened due to a political will but has not been institutionalised yet fully,” he said.

He was speaking at a conference on ‘The Future of Indian Banking’, jointly organised by the Foundation for Economic Growth and Welfare and NITI Aayog.

Referring to the report by the Nayak committee to ‘review governance of boards of banks in India’, Subramanian, who was part of the panel, said it had suggested allowing banks to run commercially. The committee submitted its report in May 2014.

The CEA also called for the diversification of business model by PSBs so that lenders were able to absorb any economic shock.

“When you look at PSBs, in terms of their business, the DNA looks no different. This creates economic concerns as all our PSBs get affected in an event of downturn because of similarity (in business model),” Subramanian said.

He said a study needed to be conducted on whether a similar business model was followed by PSBs due to “pure accident” or it had been the case ever since banks were nationalised or due to their ownership structure.

“If banks have different DNAs, we will get more diversification in the economy and put the banking sector on better grounds in an event of an economic shock,” he said.

Subramanian suggested that the banks should leverage technology to screen and monitor borrowers, both in terms of their behaviour and the willingness to pay.

He gave a word of caution against a vigilance machinery where bankers were punished for making a bad judgement while sanctioning loans, which could be often read as “mala fide intent in an after-event”.

“Irrational exuberance and mala fide intent are two different issues. Vigilance as a function is better handled within the organisation, rather than outside,” the CEA added.

Speaking at the event, NITI Aayog Vice Chairman Rajiv Kumar made a case for setting up an independent public debt management office to manage the government’s debt, saying it was “an idea whose time has come”.

Kumar pitched for segregating different aspects of the Reserve Bank of India’s  responsibilities. The idea of a Public Debt Management Agency was proposed by Finance Minister Arun Jaitley in his February 2015 Budget speech.

“...It is important for this particular office to be separate, because then you can pay much more attention on public debt management. That will help the government in bringing down cost of its debt,” Kumar said.

At present, government debt, including market borrowing, is managed by the RBI. Kumar said the government had been courageous to give the central bank the role of inflation targeting.

“Therefore, who then looks after growth, employment, debt and other legal things needs to be discussed,” he said. 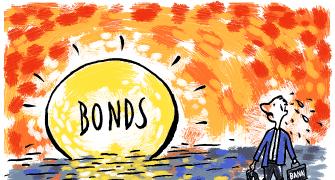