The finance ministry on Monday said banks have agreed to take steps to review lending rates as they have not "commensurately" transmitted to borrowers benefits of reduction in the policy rate by the RBI.

Since December 2018, monetary policy has been eased substantially by the Reserve Bank of India (RBI) with policy rates being cut by 75 basis points (bps) and policy outlook being changed to 'accommodative'.

"Banks need to commensurately transmit rate cut benefit in lending. In the meeting, banks agreed to take steps as per RBI guidelines to review their lending rates," said an official release.

"The idea is to take stock of everything and spur the credit growth, especially in the automobile sector, in the agriculture sector, in the MSMEs and also look at the 'co-origination' with the NBFCs and HFCs, where the banks have the credit availability... so that they can join hands together and lending reach to the last mile," Kumar said.

Sitharaman talked about issues related to the increase in public shareholding in listed companies from 25 per cent to 30 per cent as well as levy of surcharge on super riches.

She said market regulator Sebi has already started consultations with various stakeholders about the increase in public shareholding to 30 per cent in listed entities.

"Sebi has started the exercise of hearing various stakeholders and is having its own consultations. From the ministry side, we have not initiated anything either way," Sitharaman said.

About levy of surcharge on foreign portfolio investors (FPIs) as part of tax on super riches announced in the Budget 2019-20, she said, "I did mention that there are FPIs who are going to tell me something about it and I am quite open to hearing out what they want to tell me. And towards that, I have not just left it at that."

She said Department of Economic Affairs (DEA) secretary Atanu Chakraborty has clearly culled out time to meet with the FPIs so that the ministry can have their views.

"So, he (Chakraborty) will also directly talk with FPI representatives.

“The secretary will be holding a consultation with them, walk up to them, talk to them and make us understand or hear them out what they have to say.

“Maybe, some view from the government will come that day," Sitharaman said.

Touching upon the issue of homebuyers discussed in the meeting, the minister said the Supreme Court has already come out with its verdict in case of one of the big realty firms, however, in case of another, the ministry had consultations with various stakeholders.

"On another (developer), we have had a group of ministers meeting with all the respective authorities whether it was the Noida Authority, or the Yamuna Expressway Authority together with representatives of Uttar Pradesh, with the Union Minister of Urban Development Hardip Singh Puri and the concerned secretaries -- banking, revenue and company affairs," she said.

Sitharaman said there have been extensive meetings and the government hopes to move forward in that direction.

On funding to MSME and non-banking financial company (NBFC) sectors, she said the meeting discussed about ways to improve lending to these businesses.

The minister said there is a complex matrix of governance-related, solvency-related and liquidity-related issues.

As part of its meeting with various stakeholders in the economy, the finance minister will hold a meeting with MSME representatives and minister Nitin Gadkari on Tuesday, followed by discussion with automobile and its component manufactures on Wednesday.

The next is with the industries (on Thursday) and the next day on Friday, there will be a meeting with the markets (stakeholders) and on Sunday, a meeting with homebuyers and real estate participants is to take place.

"These are all the sectors where we need to give a push and which are important for the economic growth.

“We will continue to have these interactive sessions till Sunday and then after that, we will compile all of them based upon the feedback we receive," Kumar said.

Among others, bankers also raised the issue of service tax that they have been facing.

The revenue secretary and the Central Board of Indirect Tax and Customs' chairman has taken note of the issue and these will be examined by the government at the appropriate time, the official statement said.

Kumar said the matter of digitisation was also discussed in the meeting.

"In the review, banks committed to review charges on digital payments with a view to making them cheaper for customers vis-a-vis cash payments.

“They also committed to expanding services available through mobile and internet banking and offer services on these digital platforms in regional languages as well," said the statement. 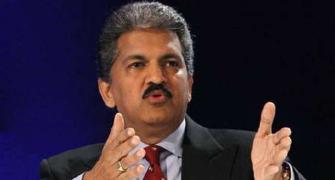 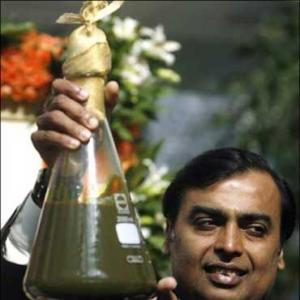