According to a 2011 impact assessment study of the programme by Banerjee and Duflo, along with economists Raghabendra Chattopadhyay and Jeremy Shapiro, Bandhan’s THP results in a 15 per cent increase in household consumption and had a positive impact on wealth and welfare, such as assets and emotional well being. 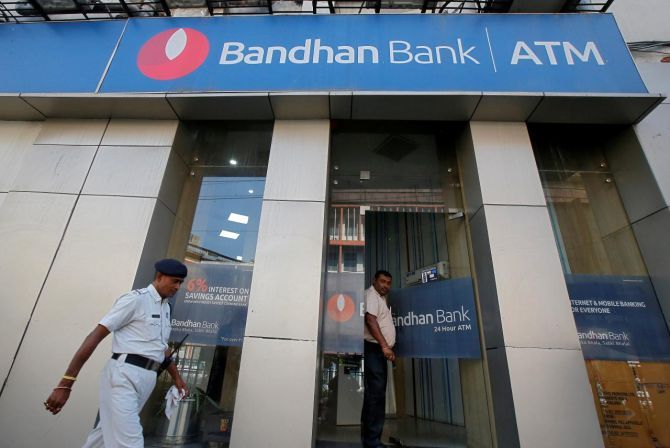 Bandhan Bank’s Targetting Hard Core Poor (THP) programme, aimed at alleviating poverty, is likely to get a boost with Abhijit Banerjee and Esther Duflo winning the Nobel Prize in Economics.

The duo has been closely associated with the programme as researchers since its inception.

According to a 2011 impact assessment study of the programme by Banerjee and Duflo, along with economists Raghabendra Chattopadhyay and Jeremy Shapiro, Bandhan’s THP results in a 15 per cent increase in household consumption and had a positive impact on wealth and welfare, such as assets and emotional well being.

“Banerjee has been associated with THP since 2006. He’s still associated with Bandhan Konnagar, the NGO that runs the programme. This is a big boost for our charitable activities,” said C S Ghosh, managing director and chief executive officer of Bandhan Bank.

So what is Bandhan’s THP?

The THP programme involves identifying the poorest of the poor, often a beggar, through social mapping and wealth ranking. The process is simple.

At sharp 7.30 am, the local coordinator of the programme starts mapping the process on a mud floor of a makeshift community centre in the chosen village.

He is helped by 100-150-odd villagers, who provide the names of poorest people in the area.

The coordinator scribbles them all on mud.

That’s the data bank in making. He then draws a map of houses, landmarks and roads too on the basis of verbal information from residents of the village.

Every penny counts, so the rough draft is copied on a paper after a consensus among villagers is reached.

The map is the first step to sieve out the poorest of the poor.

The next step is to create “wealth ranking cards”.

For this, all families are assigned a card bearing their names.

A group of elderly villagers is shown two cards at a time and asked to name the poorer among the two.

The process culminates into segregation of packs of up to six bundles, of which one would have the name of the poorest in the lot.

Once the data is collated, the ultra poor are provided with assets for a regular livelihood, including agriculture, rearing of pigs or goats, or selling vegetable and handicraft, among others.

This is followed by enterprise building support and constant monitoring. In general, in about 24 months, the beneficiaries qualify into mainstream finance, and in most cases become dedicated clients of Bandhan.

The bank has so far supported 85,000 families spread over 12 states, said Ghosh.

Each family is provided with support of about Rs 40,000 over a span of two years.

According to the website of Bandhan Konnagar, the funding agencies for the programme include CGAP, Ford Foundation, The Michael and Susan Dell Foundation, ITC, Indigo and USAID.

The sync with Nobel laureate interests

Michael Kremer, Banerjee and Duflo had been the forerunner of randomised controlled trials (RCT) in economics.

This is something similar to clinical trials, as some received a particular medical intervention while other receive placebo.

Then the impact it assessed by comparing the two results, to understand the efficacy of specialised treatment.

The same was replicated in the field of economics. 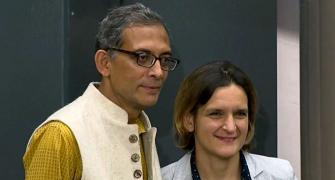