Maruti's sales of the compact segment comprising Swift, Estilo, Ritz, Dzire and Baleno went up by 9.9% to 45,579 units 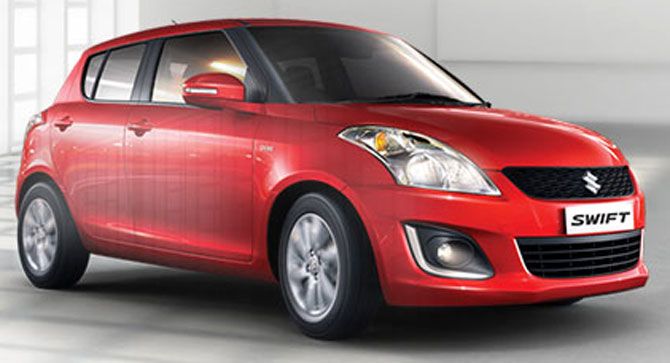 Its growth was mainly on the back of sales of utility vehicles, including newly-launched compact SUV Vitara Brezza, Ertiga and the S-Cross, which surged over two-fold to 16,806 units in August this year, from 7,836 in the same month last year.

Sales of mini segment cars, including Alto and WagonR, however, declined 5.8 per cent to 35,490 units compared with 37,665 in the year-ago month.

The company said sales of the compact segment comprising Swift, Estilo, Ritz, Dzire and Baleno went up by 9.9 per cent to 45,579 units in August this year as against 41,461 in the year-ago month. Rival Hyundai Motor India (HMIL) sold 43,201 units in the domestic market last month as compared with 40,505 in August last year, a growth of 6.7 per cent. "Coupled with this, the uncertainty surrounding diesel vehicles has been lifted by the honourable Supreme Court, giving the customer the choice to buy his preferred vehicle which will help improve sentiment, going forward." Renault India reported its highest-ever monthly sales of 12,972 units in August, an over eight-fold jump from 1,527 units sold in same month of last year. Nissan Motor India posted a two-fold rise in domestic sales at 5,918 units in August compared with 2,809 a year earlier.

"This is the third straight month that Nissan Motor has sold over 5,000 vehicles in one month. Our robust performance continued in August, thanks to the strong sales of the Datsun redi-GO and its positive reception across India," Nissan India Operations president Guillaume Sicard said. Toyota Kirloskar Motor (TKM) domestic sales grew 15 per cent to 12,801 units in August as against 11,161 units in the same month last year. On the other hand, Honda Cars India reported a 10.94 per cent decline in domestic sales at 13,941 units in August. Niche bike maker Royal Enfield saw its sales surge 32 per cent to 54,735 units in August as against 41,600 units in the same month a year before.