The Baleno is a runaway hit for Maruti Suzuki with delivery wait extending to six months. 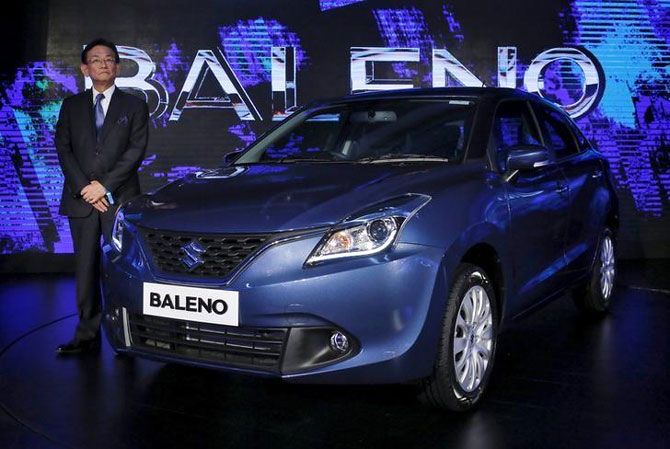 Car makers are launching hatchbacks with engines powerful enough to haul a sedan or a mid-sized sports utility vehicle.

Maruti Suzuki and Tata Motors will launch variants of the Baleno and Bolt hatchbacks that will produce peak power of more than 100 Bhp.

Fiat launched a souped-up version of the Punto a few months ago. This Rs 10 lakh hatchback is among cars priced at the highest premium in India.

“The Baleno RS is equipped with a new 1 litre Boosterjet DITC engine (direct injection turbo charger). There is an increasing trend of engines equipped with turbochargers that offer superior power and torque. Baleno DITC helps us in that direction,” said a Maruti Suzuki spokesperson.

The Baleno is a runaway hit for Maruti Suzuki with delivery wait extending to six months.

This is despite Maruti Suzuki selling the car through a separate distribution network Nexa.

The Baleno RS will be powered by a three-cylinder turbo petrol engine that is capable of producing peak power of 112 Bhp.

It will be the most powerful hatchback by Maruti Suzuki.

Tata Motors displayed a sports version of the Bolt at the Auto Expo 2016.

Together with a stylised body kit, this version came with a 1.2T Revotron engine, enhanced to 110 PS power, delivering 0 to 100 km/h in 12 seconds.

Though Tata Motors has signaled it will launch the Bolt Sport, it has not provided a timeline.

Souped-up car models allow companies to showcase their technological might and are seldom aimed at generating volumes.

Fiat, for instance, is known for its engines globally. In India though its brand has taken a hit after a series of operational flip-flops.

The company is now rebuilding the brand through launches like the Abarth Punto.

“There is a distinct category of customers who are performance enthusiasts, ones who aspire for engines capable of handling high speeds with remarkable poise. We launched the Abarth thinking of such customers,” said a Fiat India spokesperson.

A hatchback in India typically generates peak power of 60-80 Bhp and costs Rs 3.5-7 lakh. The 100 Bhp hatchbacks are priced upwards of Rs 9 lakh.

Such power is available in compact sedans like the Maruti Dzire and sports utility vehicles like the Ford Ecosport.

The practice may be new for hatchbacks but car makers have been fitting big engines in other small cars.

Fiat had souped up its Palio engine as had Ford the Fusion.