News
Business
Movies
Sports
Cricket
Get Ahead
Money Tips
Shopping
Sign in  |  Create a Rediffmail account
Rediff.com  » Business » Osamu Suzuki to step down as SMC chairman after 21 years in the job

Japanese auto major Suzuki Motor Corporation (SMC) on Wednesday said its long-serving chairman Osamu Suzuki will retire and assume the role of senior advisor subject to shareholders' approval in the ordinary general meeting to be held in June this year. 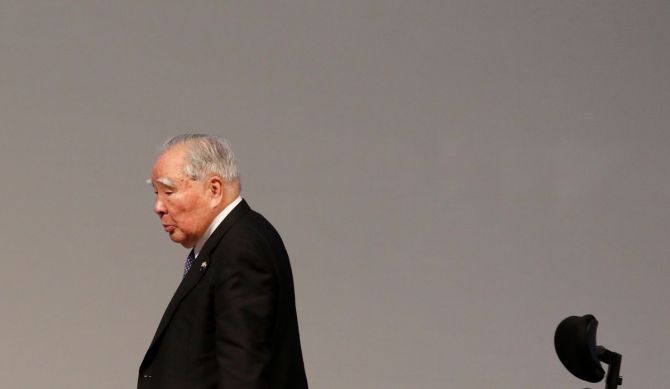 SMC also said its board has proposed the appointment of Toshihiro Suzuki -- current director and President, and son of Osamu Suzuki -- as the chairman of the board of directors.

The company further said Kenichi Ayukawa, managing director and chief executive officer of its Indian arm, Maruti Suzuki India Ltd, has been proposed to be appointed as executive vice president.

The Japanese auto major has also set a record consolidated net sales of 4.8 trillion yen in FY2025 on the back of expected recovery from the Covid-19 pandemic and growth in the Indian market, having missed the previous mid-term management plan target "in its final year of FY2020 due to the slowdown of the Indian market, final inspection issue, and the Covid-19 pandemic".

At the board of directors meeting held on February 24, 2021, Suzuki Motor Corporation made an internal decision regarding candidates for directors, and audit and supervisory board member to be elected at the 155th ordinary general meeting (OGM) of shareholders to be held in June 2021, SMC said in a statement.

"Upon retirement, both will be appointed as senior advisors," SMC said.

The 91-year-old Osamu Suzuki, who joined the then Suzuki Motor Company Ltd in 1958, gradually rose through the ranks to become one of the longest-serving CEOs and chairmen in the automotive industry.

In June 2016, SMC had appointed Toshihiro Suzuki as its next CEO, with the senior Suzuki retaining the chairmanship.

From 2002 till date, Osamu Suzuki has been a director with Maruti Suzuki India Ltd, formerly Maruti Udyog Ltd -- a joint venture company between SMC and the Government of India.

A graduate from the faculty of Law, Chuo University, Osamu Suzuki had played a key role in setting up of Maruti Udyog Ltd and brought a revolution in personal mobility in India with the launch of the iconic M800 in 1983. Since then the company has been the market leader in the passenger vehicles segment in India, which also became SMC's most significant global market.

Charting out the mid-term management plan from April 2021 to March 2026, SMC said, "As for management performance targets, we expect a recovery from the Covid-19 pandemic and growth in the Indian market, and we aim for a record consolidated net sales of 4.8 trillion yen."

The operating income target is set at 5.5 per cent, below the previous target of 7 per cent, due to aggressive investment in research and development, such as electrification, which amounts to 1 trillion yen over five years, it added.

"In the previous mid-term management plan, we achieved a net sales target in FY2017 and FY2018, operating profit ratio target in FY2016 to FY2018, ahead of the scheduled plan. However, the target was not achieved in its final year of FY2020 due to the slowdown of the Indian market, final inspection issue, and the Covid-19 pandemic," SMC said.

During the previous mid-term management plan period, there were cases of loss of customer trust, including quality problems, frequent recalls, and fraud in fuel efficiency tests and final inspection, the company said. 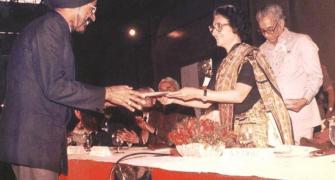 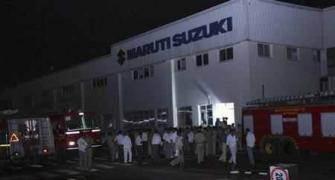 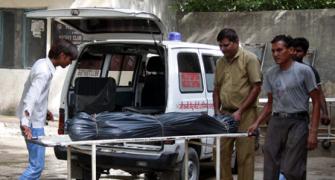 Why workers at Maruti's Manesar plant are disgruntled 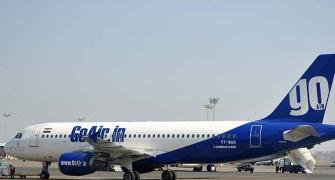 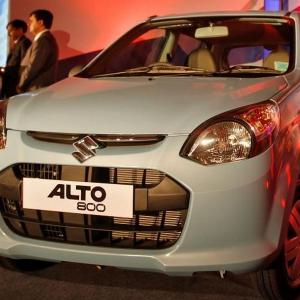