from its plant in Chennai, which it plans to make a global export hub.

The wholly-owned subsidiary of the company, Nissan Motor India, will start selling the car from July, for which bookings will open from Tuesday.

"The start of commercial production of Nissan Micra is the beginning of a new chapter for us in India. In an exponentially growing and challenging Indian automobile industry, we are introducing a product that has been specifically designed keeping in mind the discerning consumer needs of India," Nissan Motor Company chief operating officer Toshiyuki Shiga said.

The India-made Micra will be exported to 'strategic markets' such as Europe, West Asia and Africa as part of its plans to sell the car in over 100 countries, he added.

"Nissan is also looking at making the Chennai plant as a global hub for exports. The start of production for the Micra for exports will commence in July, 2010, and the first shipment will begin from September, 2010," the company said.

Earlier in March, the Franco-Japanese auto alliance Renault-Nissan inaugurated its manufacturing plant at Oragadam, near Chennai, in which the two partners will together invest Rs 4,500 crore to produce four lakh units by 2015.

"We always had a clear strategy for India and this has been clearly reflected in our investments in the first manufacturing plant for the alliance in Chennai," Nissan Motor India managing director and CEO Kiminobu Tokuyama said.

The company will start displaying the Micra from Tuesday in its showrooms across the country.

The bookings will also begin simultaneously against an initial amount of Rs 50,000.

To boost sales, the company will aggressively market the car and it will be supported by a 'comprehensive print, digital, radio and TV campaign shortly'.

It plans to produce about 80,000 units in the first year. Pitted against Maruti's Swift, Hyundai's i10 and i20, Micra will come with a 1.2-litre petrol engine and will have 85 per cent localisation in components.

The car was designed on the new 'V' platform. The Chennai plant currently employs 1,900 people, which is expected to go up to 3,000 employees in the next two years.

The new Micra will be produced in five countries -- Thailand, India, China and Mexico. The fifth location is yet to be decided.
Source: PTI© Copyright 2020 PTI. All rights reserved. Republication or redistribution of PTI content, including by framing or similar means, is expressly prohibited without the prior written consent.
Related News: Nissan Micra, Nissan Motor India, Chennai, Renault-Nissan, Nissan Motor Company
SHARE THIS STORY
Print this article 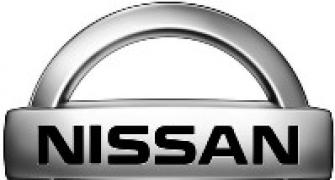 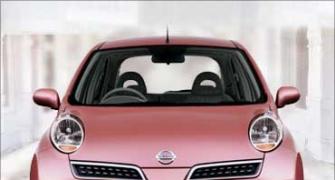 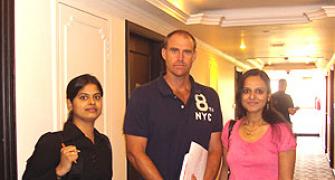 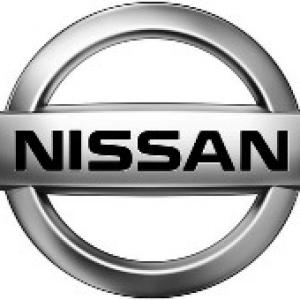