Some of the company's models like Vitara Brezza and S-Cross currently come with a diesel engine option only. 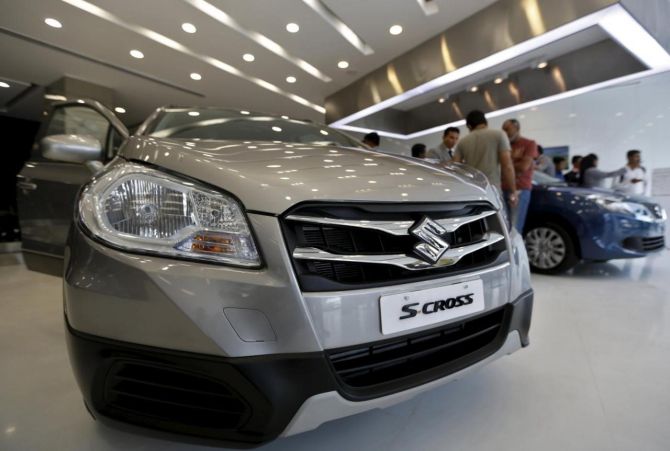 India's largest carmaker Maruti Suzuki India (MSI) will discontinue sale of diesel cars in the country from April next year, coinciding with the transition of the automobile industry to stricter BS VI emission norms, a top company official said on Thursday.

The auto major currently gets 23 per cent of its total sales in the domestic market from diesel cars.

It sold a total of 4.63 lakh diesel units last fiscal.

Some of the company's models like Vitara Brezza and S-Cross currently come with a diesel engine option only.

Others like Swift, Baleno, Dzire, Ciaz and Ertiga also have petrol versions in addition to the diesel trims.

MSI has also decided to pull the plug on the diesel version of its light commercial vehicle Super Carry from next year.

It would be only available in petrol/CNG version going ahead.

"From April 1, 2020, we will not be selling diesel cars," MSI chairman RC Bhargava told reporters here when asked to comment on the company's plans regarding the diesel vehicles.

He, however, added that if there is a demand for BS VI diesel cars the company might go ahead and develop a model to cater to that demand.

Its other cars are powered by 1.3-litre diesel engine sourced from Fiat.

Bhargava said the company would not go below 1,500 cc diesel engine going ahead.

"The only area which looks in our range of products possible is somewhere around 1,500 cc engine.

“So if we come back in diesel it will be that range and not lower than that because the price difference factor will make that model unaffordable," he added.

Small diesel cars would see the maximum impact in terms of pricing with the coming of BS VI compliant engines.

"Ever since the BS VI compliant engines have come (in Europe) diesel vehicle sales have been de-growing even there because the price difference between petrol and diesel has become much bigger.

“I don't think the Indian market would be any different, here the buyers are even more price conscious," Bhargava noted.

He added that the current year is the best period to buy diesel cars as from next year such models are going to get much costlier.

Commenting on preparations for transitioning the company's petrol engines to BS VI, he said that all 16 models and their variants would be upgraded before March 31, 2020.

"We have already brought in Alto 800 with BS VI compliant engine. This process is going to go on throughout this year," Bhargava said.

When asked if the company is looking to bring in models with strong hybrid technology, MSI MD and CEO Kenichi Ayukawa said: "This year we don't have a plan to implement this but we are developing such models."