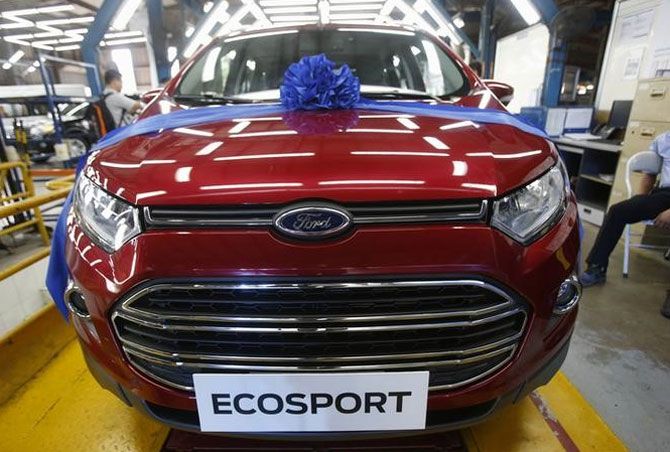 Ford Motor Co has issued a voluntary recall of 48,700 EcoSport sport-utility vehicles (SUVs) in India to fix faulty fuel and brake lines and rear folding seats, the company's local unit said in a statement on Friday.

Ford India Private Ltd will recall 48,000 EcoSport diesel vehicles, made between April 2013 and June 2014, to install a new bundle clip on the fuel and brake lines, it said in the statement.

Also read: These are the 5 'unsafe' cars in India

It plans to recall another 700 EcoSport vehicles made between January and February 2016 and fitted with a 60/40 rear folding seat.

"On certain vehicles, the 40 per cent rear seat backrest might have been assembled with bolts that do not meet Ford's material specification, potentially causing the bolts to break," the company said.