Private firms will have to maintain a minimum net addition to their workforce each month from October this year to June 2021 to get the Employees’ Provident Fund subsidy for the new recruits. 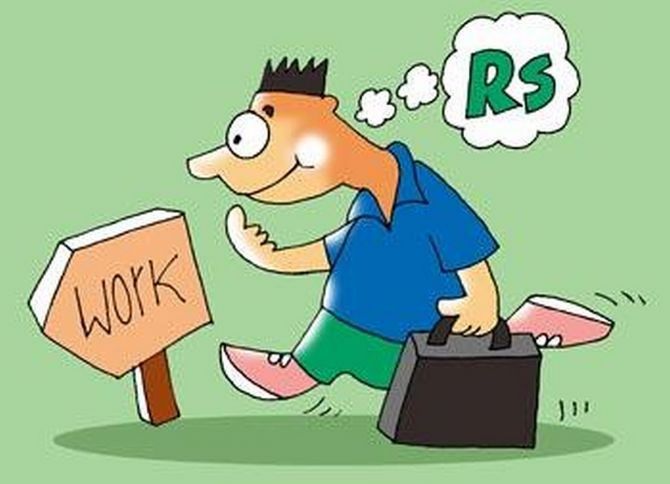 “We are targeting 5-6 million jobs by June next year. The Employees’ Provident Fund Organisation (EPFO) data shows that around 2 million jobs were lost in the initial months of the pandemic,” a senior labour and employment ministry official said.

Private firms will have to maintain a minimum net addition to their workforce each month from October this year to June 2021 to get the Employees’ Provident Fund subsidy for the new recruits and the central government will constantly monitor the payroll of such firms, the official said.

However, it will be applicable only for employees with a monthly wage of up to Rs 15,000.

“If the minimum job addition becomes less than five in a month for a firm employing at least 50 workers, the subsidy will be discontinued for that particular month.

"We will continue the contribution for the months when the minimum threshold is again met,” the official said.

The government will soon seek the approval of the Union Cabinet before notifying the ABRY scheme.

At present, employers and employees contribute 12 per cent each of a worker’s wage towards schemes under the EPFO.

Employer representatives said the government should make the scheme simple rather than delving into micromanagement.

“The governance of such a scheme is going to be a challenge. It could lead to more inspections and may create complications.

"Instead, a better way of lubricating the supply engine would be to pump in money into creating physical infrastructure,” said Pradeep Bhargava, former chairman of the Confederation of Indian Industry (western region).

Establishments that register with the EPFO for the first time after the commencement of scheme will get subsidy for all new employees.

“I feel optimistic about the scheme because it will lead to a lot of formalisation and has been a demand of industry ever since the pandemic hit us.

"Adding at least five workers each month may be a challenge, especially for smaller firms. But overall, the scheme is encouraging,” TeamLease co-founder and executive vice-president Rituparna Chakraborty said.

She added that the social security code had given the option to firms employing fewer than 20 workers to become part of the EPFO and this would help such firms to get EPF subsidy for their employees.

Chakraborty said the EPFO had a robust technology platform to implement the scheme and the onus would be on the government to put checks and balances to ensure that eligible workers got the benefit of the scheme.

During the implementation of the Pradhan Mantri Rojgar Protsahan Yojana (PMRPY), a scheme launched in 2016 for three years and in which the Centre paid the employee’s share of PF contribution for three years for “new” recruits, the government had found loopholes.

It had found around 900,000 beneficiaries of the scheme to be ineligible in the first place because they were part of the formal economy even before the inception of the scheme.

About 80,000 companies had taken financial incentives of around Rs 300 crore from the government on account of such false beneficiaries.

The EPFO had recovered Rs 222 crore from employers till July 2019.