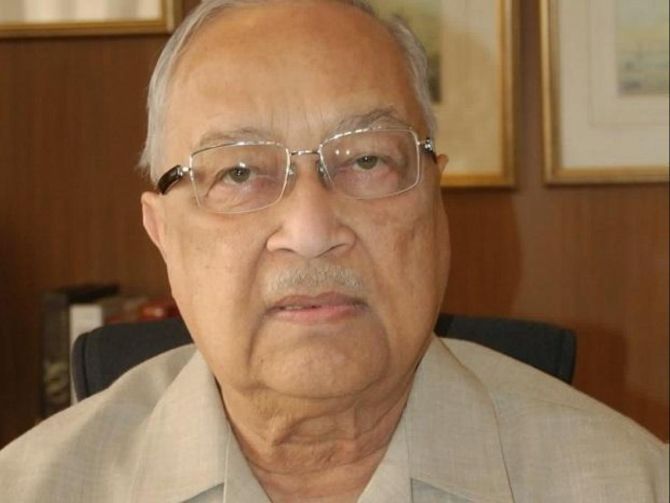 In a filing with the BSE, Eveready said, “As a mark of respect and in recognition of his significant contributions for over two decades, B M Khaitan has been designated as the chairman emeritus.”

Khaitan, back in 1993, outran the Wadias of Bombay Dyeing to buy Union Carbide India in a $96.5-million deal.

Back then, it was the biggest corporate takeover of that time. Union Carbide eventually shaped up as Eveready Industries India.

Another group company, McNally Bharat Engineering is also reeling under a debt cycle.

Previously, the senior Khaitan had also resigned from the board of McLeod Russel - the group’s tea plantations arm, which is currently on a spree of selling its tea plantations to pare debt.

At the group level, the total debt from its batteries, engineering and plantations business, is around Rs 4,500 crore.

His rise in the corporate stage to build one of the larger business houses in the country, started with tea, however, rather than batteries.

In 1961, at a time when B Bajoria, an investor, had acquired nearly 25 per cent stake in Bishnauth Tea Company, the flagship in the Williamson Magor Tea Estates, Khaitan and his family came in as the white horse and provided the requisite money to buy out Bajoria's stake.

Subsequently, he joined the board and later went on to become the managing director of the group.

In 1987, when McLeod Russel decided to sell their tea plantations in India, Khaitan negotiated a deal and bought out their estates.