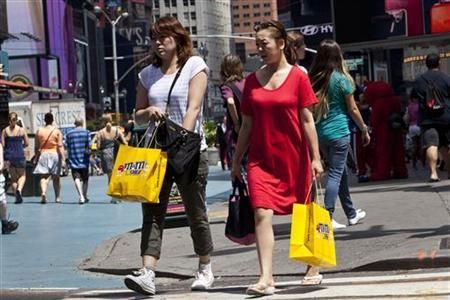 Judged by how long it has been going on, the current US economic expansion should be on its last legs, but the mood in this rebounding heartland auto town would not show it.

Fiat Chrysler Automobiles has doubled its local workforce to 7,000 amid record industry sales, upscale apartments are being built or tucked into vacant factories, and new small businesses are opening along a quaint Main Street.

As the Federal Reserve meets to begin a likely turn towards higher interest rates, the buzz in places such as Kokomo is one reason policymakers think the U.S. recovery has room to run.

This city of 57,000 was hit hard by the recession, but the dynamic developing here is one the Fed sees nationally: more jobs gradually translating into higher wages, and wage growth translating into spending.

"Seven years ago this was considered one of the 'dyingest' cities in America," with mainstay auto companies teetering on the brink and people leaving for Indianapolis to the south and Chicago to the north, said Sandra Young, owner of the Main Street Cafe.

She opened three years ago, and now sees a booming corporate catering trade as a good omen that companies and individuals are confident.

"Budgets aren't so tight," she said.

Compared to other recoveries this one is arguably past middle age, and the Fed has been unusually patient in nurturing it with interest rates held near zero. (Graphic: http://tmsnrt.rs/1O7pck6)

Since World War Two the average expansion has lasted just under five years. This recovery has been going on for six and a half, and throughout that time the economy has struggled to move beyond modest 2 to 2.5 per cent annual growth.

As a result, the Fed has stayed put for a full seven years, about twice as long as the central bank usually waits to begin tightening.

Motor vehicles, with sales through November up nearly 7 per cent from a year earlier, are not the only part of the retail business doing well.

Spending at restaurants and bars grew more than 8 per cent compared to the year before.

Housing-related sectors are also doing fine, with furniture and home furnishing stores' sales up 5.6 per cent, and building materials' sales up 3.9 per cent, outpacing overall retail growth of 2 per cent.

Autos and auto parts, which account for about a fifth of U.S. retail sales, could prove important to the Fed's success in both "normalizing" rates and keeping the recovery on track.)

Policymakers, analysts and people like Kokomo's United Autoworkers president say conditions may be aligned to keep the expansion underway.

"We've gone from 3,200 members to 7,000 and they are still looking for new stuff to put in the factories," said Carl Greenwood, president of UAW Local 685.

Chrysler makes castings and transmissions, including new models for electric cars, in four plants around Kokomo.

RETURN OF THE CONSUMER

Between low unemployment, a whisper of evidence that wages are rising, and the savings from low gas prices, greater consumer purchasing power is finally becoming visible after a delay that had mystified the Fed. Demand for autos has been especially eye catching, with record sales of around 18 million this year.

The gradual rate hikes the Fed may approve this week and over the next year are not expected to significantly crimp demand, or cool a housing market that has also propped up recent growth.

National new homes sales have risen more than 15 per cent in the first 10 months of this year from the year before, and a government index of home prices has been rising at an annual five per cent rate for nearly two years.

A recent J.D. Power survey estimated that if rates rise 0.5 per centage points next year it would curb auto sales by just 150,000 vehicles, leaving them well above the average of 15 million a year since 1990.

Not only are interest rates likely to remain low by historic standards for perhaps another two years, but members of one key demographic group - the millenials - are starting to spend, said Standard & Poor's chief economist Beth Ann Bovino.

The 16 to 35-year-olds accounted for a fourth of new auto sales last year and "are the general cohort for which auto sales are growing at the fastest pace." Homebuying among that group is also rising.

The current expansion "is old, but economic cycles do not die of old age... there is latent demand out there," Bovino said.

Over the last year business investment has contributed little to economic growth, hammered by the cutbacks in the energy sector. Government spending has stagnated, and foreign trade acted has acted as a drag given the weak state of the global economy and strong dollar.

Domestic consumption has picked up the slack, and Fed chair Janet Yellen is confident it will continue thanks to further job gains and accelerating wages.

That is the hope in Indiana, where the auto upswing has pushed the unemployment rate down to 4.4 per cent, below the national average of 5 per cent.

"If they are doing well everyone else is doing well," said Amber Jordan, who left the auto industry with her husband after more than a decade to open a specialty toy store selling vintage action figures.

They recently converted an old downtown hotel, the lobby now lined with Star Wars and other figures. It's a bet that people will, for a while, keep coming in the door.

"The jobs go up and down," she said, but for now "to me, things feel stable."