"We are in trouble, now," said one of the top diamond merchants and a close relative of brothers Arun Mehta and Dilip Mehta whose names, most probably, are being flashed again and again on the news channels in the list of people who have, allegedly, kept their ill-gotten money in Germany-based Liechtenstein bank.

Arun Mehta is an Indian citizen but Dilip no more has that status, their relative said.

Rediff.com tried to reach the Mehta brothers, but they could not be contacted.

A close relative of the Mehtas, while watching the television, said: "Many persons on the list are Gujarati diamond merchants with offices all over world."

Their close business client, however, said that two of the biggest diamond merchants' families had been exposed in the list leaked by the Tehelka magazine and that few others were tense because of the revelations.

Besides the Mehtas, other names on the list belong to the family that founded the Lilavati Hospital in Bandra.

Kirtilal Mehta, Prabodh Mehta and Rashmi Mehta's family had a company called Gembel and Beautiful diamonds. But both companies are in red now. The family is also facing troubled times over the control of Lilavati Hospital in the city.

When Kirtilal Mehta died in 1993, The New York Times published an obit giving him credit for development of the diamond business the world over. He started the hospital in the memory of his first wife Lilavati.

Two years back, the German government had passed on the names and bank account details of 18 Indians to the Indian government, who had stashed their alleged ill-gotten

wealth in the LGT bank of Liechtenstein, a defamed tax haven.

The government had been claiming so far that the names could not be leaked because facts are being ascertained and action will be taken.

That means, most probably, these diamond merchants may be knowing that their names are with government as Tax and Enforcement department must have enquired with them for their explanation.

However, one of the top merchants confirmed that diamond market is stunned by the revelation.

"We don't know how it will be interpreted. Since the money was kept in tax heavens, the source of money would be difficult to establish."

He added, "Many of the persons on the leaked list are not Indian citizens but, however, their adopted country would also quiz them. The law regarding black money is much more stringent in Europe than Asia."

Dilip is now not an Indian citizen, but his brother Arun runs a firm named Rosy Blue with office on 16th Floor in Prasad Chambers. Arun's trading firm is known as king of diamond bazaar in Mumbai.

Dilip was recently in the limelight; he was among the bidders for Kochi IPL.

He is a cricket buff and friend of Maharashtra strongman and Agriculture Minister Sharad Pawar.

Arun, one of the richest residents of Mumbai, came into limelight when he bought MF Husain's paintings at a record-breaking price when the art scene was not as hyper as it is today. None of the diamond merchants was accessible to ascertain their identity on the list.
Sheela Bhatt in Mumbai
Related News: Lilavati, Kochi IPL, LGT, New York Times, MF Husain
SHARE THIS STORY
Print this article 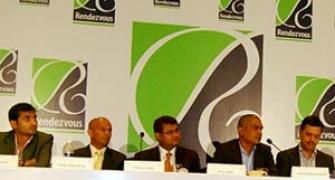 Kochi IPL dream over, investors back out 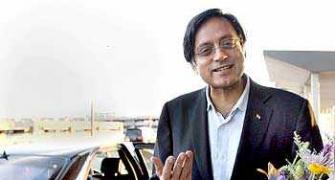 Only a miracle can save Kochi IPL team: Mathews