News
Business
Movies
Sports
Cricket
Get Ahead
Money Tips
Shopping
Sign in  |  Create a Rediffmail account
Rediff.com  » Business » An arrest that has hit the morale of bankers

State Bank of India (SBI) chairman Dinesh Khara on Wednesday described the arrest of former chairman of SBI, Pratip Chaudhuri, as 'extremely unfortunate' and hoped that he will be released unconditionally soon. 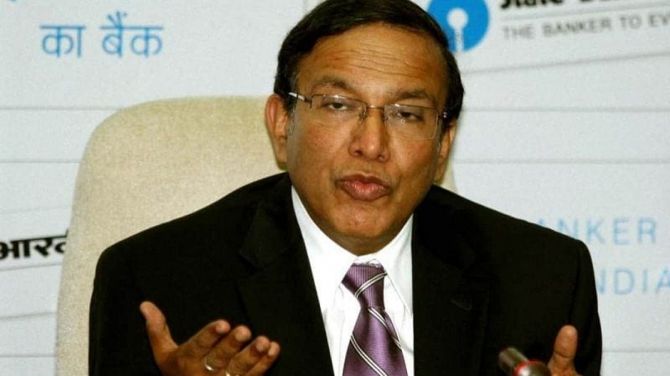 On October 31, Chaudhuri was arrested from his Delhi home by the Jaisalmer police for his alleged role in crippled Rs 200 crore Garh Rajwada hotel project in the city which was sold for Rs 25 crore to Alchemist ARC in March 2014.

The project was financed by the bank in 2007.

Chaudhuri has been a director on the board of the ARC since his retirement in September 2013.

"Well of course this recent incident regarding the arrest of Mr Pratip Chaudhuri is extremely unfortunate.

"I will only say that it appears that the individual was not given an opportunity to be heard before issuing the arrest warrant," Chaudhuri told reporters.

"We have utmost faith in the country's judicial system and are confident that Shri Chaudhuri will be released unconditionally at the earliest,” he added.

Jaisalmer police had said a non-bailable warrant was issued against Chaudhuri on orders of the city court and he was arrested from his Delhi residence on Sunday and brought to Jaisalmer.

This is a case of irregularity and fraud and his bail plea was rejected by the court and was sent to judicial custody for 14 days, the police had said.

Khara said the banking community, through Indian Banks Association (IBA), has taken up this matter with the government authority.

"We hope that this matter will be behind us very soon," he noted.

"I can assure you that as far as the bank (SBI) is concerned, there have been no irregularities in the said case.

"Prescribed rules and the processes were followed by the bank in dealing with this account," Khara said.

He said the issues of this magnitude are invariably dealt with at local level and the top management of the bank, including the chairman, is not involved at all, in such kind of decision making.

"As we have got a structure in place, we are quite confident that our people across the hierarchy can take decisions in such matters," he said.

On October 31, the finance ministry had issued a uniform staff accountability framework for NPA accounts up to Rs 50 crore.

These guidelines, called as 'Staff Accountability Framework for NPA Accounts up to Rs 50 crore', shall be implemented with effect from April 1, 2022, for accounts turning non-performing assets (NPAs) beginning next financial year.

The arrest of Chaudhuri has evoked responses from a host of top bankers calling the decision unfortunate and a request for protection of individuals by a legal framework for taking commercial decisions.

"I don't know anything more than what I have read from the newspapers this morning.

"And based on what I have read, what I feel is that we really need to have a criminal justice system that protects bonafide banking/lending decisions," Kotak said.

On Monday, SBI  had clarified that the said hotel project was sold to an ARC with due process in March 2014 after the retirement of Chaudhuri in September 2013 and he joined the board only in October 2014 -- well after the loan sale to ARC.

The project remained incomplete for over three years and the key promoter passed away in between in April 2010.

The account slipped into NPA in June 2010, it had said.

Various steps taken by the bank for completion of the project as well as recovery of the bank's dues didn't yield the desired results.

Hence as part of the recovery efforts, the dues were assigned to an Alchemist ARC for recovery in March 2014.

This sale was done through a laid down process as per the policy of the bank, the lender had said.

"As recovery efforts failed, approvals for sale to ARC were taken in January 2014, and the same was completed in March 2014.

"It transpires now that the borrower had initially filed an FIR with the state police against the sale of asset to ARC," SBI had said, adding the bank is not made a party to the case yet.

The bank added that all the directors of the ARC, including Chaudhuri, who joined its board in October 2014, have been named in the case. 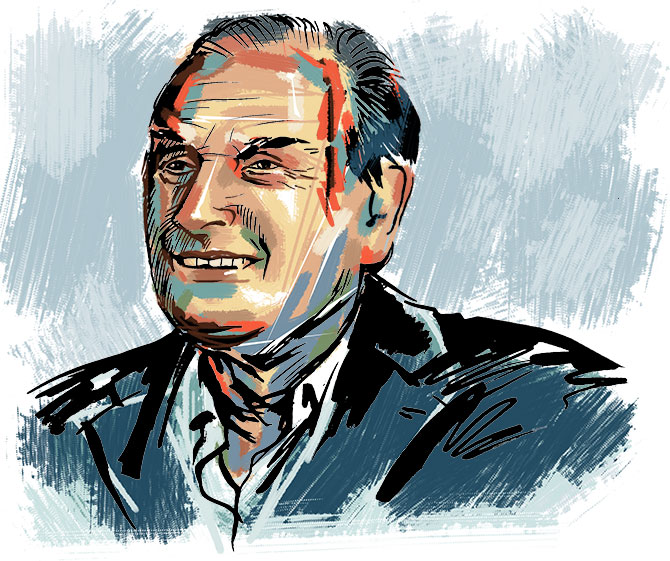