'The IPL is by the biggest sports property in the country and having it will give any digital video player an edge."
Urvi Malvania reports on the bidding frenzy for IPL rights. The battle for the television rights for the Vivo Indian Premier League is on in full force as both Star India and Sony Pictures Network India (SPN) hope to win the rights for the 2018-2027 period.

While SPN has enjoyed the telecast rights to the cash-rich tournament since its inception in 2008, Star India has been slowly making inroads into the IPL ecosystem.

Taj Television, the company that operates the Ten bouquet of channels, has also picked up an application form, reveal sources.

The company was acquired by Zee Entertainment Enterprises and was subsequently sold to SPN earlier this year.

There is ambiguity on the purpose of the company picking up the document since the parent SPN has also applied. It remains to be seen whether it will meet the eligibility criteria.

While the sale of the sports business under Zee is still subject to regulatory approval, even under Zee, the company may not have qualified as eligible due to the litigation the parent got into with the Board of Control for Cricket in India over the now defunct Indian Champions League.

ESPN is another major sports player to have picked up the document, but the company has applied through the international (Connecticut, US) office and so is expected to bid for the international/overseas rights.

Star India started its association with the IPL a few years ago when it picked up the on-ground associate sponsorship for its second general entertainment channel brand Life OK.

It, then, shared the digital telecast rights with Times Internet in 2014 and since 2015, it has been the digital broadcaster for the tournament via Hotstar.

SPN, on the other hand, has grown the property on television with innovations around the marketing, language feeds and monetising the IPL from a distribution and advertising stand-point.

Star has ample experience in broadcasting international events such as the ICC Cricket World Cup, the English Premier League, and the Olympics.

Experts say the battle between Sony and Star might not be fought on the basis of bouquet strength and distribution alone.

Both networks have comparable number of television channels in the country and leverage sports distribution as well.

In a previous interaction with Business Standard, Vinit Karnik, business head of ESP Properties, had said: "It is no longer about the bouquet or distribution. In my opinion, the biggest change in the sports broadcast landscape is that the rights will now be awarded on the basis of production and packaging."

"When there are only two options," Karnik added, "the organiser will go for the one that will present the property in the best way possible. Investments in sports production should increase now."

The catch, however, is that the possibility of Sony or Star winning both the TV and digital telecast rights look slim.

So, the ad-sales advantage that the media networks could have enjoyed might no longer be available.

"There could be an impact in the sense that if the networks hoped to leverage both the digital and the TV rights for ad-sales, that avenue won't be possible. However, it is not a bad thing per se since the tournament is immensely popular on TV and monetising the rights should not be a problem," says a media planner who has worked on the IPL earlier.

While SPN and Star India were among the first to pick up the IPL documents, some big digital players also in the running are Amazon (US), Facebook (US), Twitter (US) and Mukesh Ambani's Reliance Jio. Jio, was launched in September, also has a cable distribution licence.

The application is a universal document on which the applicants can choose to bid for digital and/or TV rights for a chosen territory.

It can be safely assumed that Amazon, Twitter, Facebook and Jio will be gunning for the digital rights.

Star and Sony, too, are expected to bid for digital rights in addition to TV rights.

'With the global trend of showcasing content on multiple platforms becoming increasingly important, TV, Internet and mobile rights are up for grabs together this time. To have as many as 18 prospective bidders in the fray reinstates the faith of market forces in the Indian Premier League,' said BCCI President Anurag Thakur.

'Our intention is to ensure the most comprehensive coverage of the IPL across the globe,' added Ajay Shirke, honorary secretary of the BCCI.

The bids are to be submitted by October 25.

On the same day, the bids will be evaluated in two phases, technical and financial. Research firm Deloitte has been roped in to ascertain the eligibility of applicants.

Once an applicant is cleared, lawyers from Amarchand Mangaldas will evaluate the financial bids. The winning bids are expected to be announced by the evening.

For Star and Sony, the TV rights to the IPL are necessary to bolster the sports business. However, for the digital players, the stakes are much higher.

All four leading digital video candidates are looking at India as a focus market.

"The IPL is by the biggest sports property in the country and having it will give any digital video player an edge. Facebook, Twitter, Jio and Amazon will look at the IPL to kickstart their digital video service in the country," said Indranil Das Blah, COO and partner, CAA KWAN, a sports marketing agency.

The interest from digital players does not surprise experts since the world over digital rights to sports events are picking up steam.

"With 4G speeds and better devices, digital video streaming is being adopted fast and advertisers also see merit in investing in the medium. Facebook and Twitter have deep pockets and they are ready to invest in properties over a period of time," said a media planner.

Facebook Live dabbled with sports video telecast with the Premier Futsal League earlier this year and both Twitter and Facebook have a plethora of brand partnerships in place for various sports tournaments.

It has been on a content acquisition spree recently, signing deals with leading Bollywood studios like Dharma, Vishesh Films and T-Series for movie streaming and library building.

It has also signed an agreement with GreenGold animation and is working with Indian talent to produce Indian content for the platform.

The IPL, which is digitally telecast on Hotstar, has proven to being a spike in traffic to the app/portal.

STAR India's online video streaming platform more than doubled its reach (unique viewers) for the IPL in 2016. The platform registered 100 million people using the service, compared with 41 million a year ago.

The cash-rich Twenty20 tournament came under STAR India's digital ambit in 2014 when it was made available on starsports.com Last year, Hotstar was introduced, helping viewers see the tournament on the app. 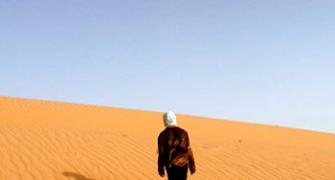 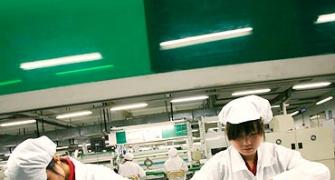 Wrong number: No sign of Foxconn's $5-bn investment in Maharashtra 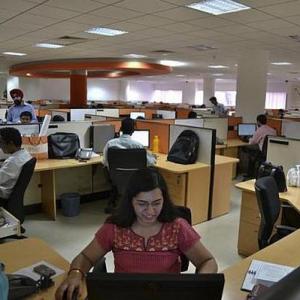