News
Business
Movies
Sports
Cricket
Get Ahead
Money Tips
Shopping
Sign in  |  Create a Rediffmail account
Rediff.com  » Business » All you want to know about green crackers 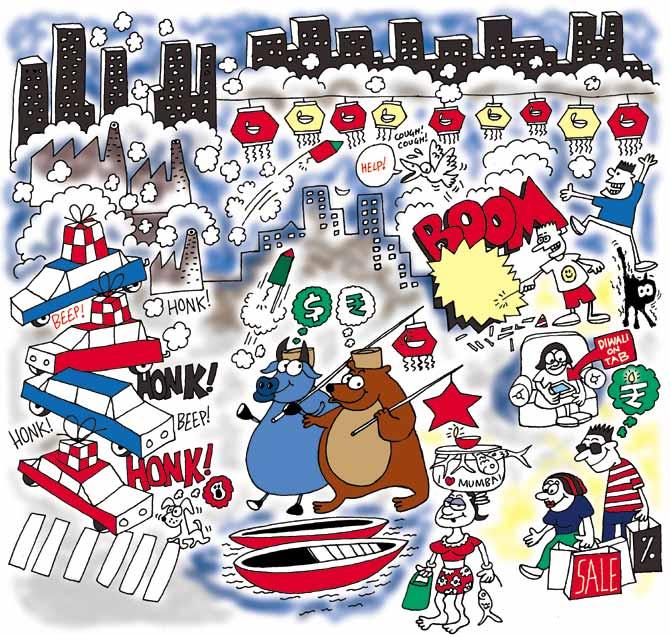 What is the latest Supreme Court ruling on firecrackers?

With Diwali around the corner, Justice A K Sikri of the Supreme Court of India, in an order dated October 23, imposed certain restrictions on the manufacture and sale of firecrackers and allowed the sale of “green crackers”.

The manufacture, sale and use of joined firecrackers (series crackers or laris) have been banned as it causes huge air, noise and solid waste problems.

The Court also banned the use of barium salts that make fireworks colourful.

The Petroleum and Explosives Safety Organisation (PESO) was directed to review the clinical composition of fireworks, particularly reduce the aluminum content, and was asked to submit its report on this within two weeks from the date of order.

Those firecrackers that have already been produced and that do not fulfill the criteria of improved and “green crackers” will not be allowed to be sold in Delhi and the national capital region.

The government has been urged to take steps to permit community firecracking in major cities and create awareness about the harmful effects of firecrackers.

On Diwali day or on any other festival like Gurpurab when firework displays take place, the time to do so has been restricted to between 8 pm and 10 pm.

On Christmas and New Year’s eve, when such fireworks start around midnight, it would be limited between 11:55 and 12:30 am.

The writ petitions are being posted for hearing on December 11, 2018.

What is the reason for this Supreme Court order?

With concern over pollution in major cities growing, there was also a demand for a ban on firecrackers.

Legal battles to this end have been going on for about a decade now, though the movement has intensified in the last couple years.

A petition was filed on behalf of three infants in 2015 by their fathers asking for a complete ban.

With air pollution level going up 29 times above the World Health Organisation standards in November 2016, the Court suspended the sale of fireworks in the NCR, affecting 50 per cent of the total crackers sold in the country.

The Court also asked the Central Pollution Control Board (CPCB) and and some others to conduct a study on the impact of bursting fireworks during Dussehra and Diwali on the health of the people.

In its report the CPCB said that due to fireworks on Diwali day, particulate matter 2.5 (tiny particles or droplets in the air that are two and one half microns or less in width, and hinder visibility and adversely affect health) levels go up.

It stated when when there was less fireworks in 2017, the level had reduced compared to previous years.

What is the stand of the firecracker industry?

The industry has argued that firecrackers are used for only a few days in a year and it cannot be the cause of pollution.

In the absence of any definite study attributing the deterioration of air quality to fireworks during Diwali, the industry has argued that the right of manufacturers and traders under Article 19(1)(g), which is a fundamental right to carry on trade, should not be infringed upon.

What are green crackers?

Firecrackers that do not contain harmful chemicals have been termed “green crackers” by the Court.

While the case was being heard, the Ministry of Environment, Forest and Climate Change consulted various scientific organisations including the Council of Scientific & Industrial Research (CSIR), the National Environment Engineering Research Institute, the PESO and the CPCB to offer concrete solutions and short-term measures.

The short-term measures it suggested to the Court included the use of low-emission firecrackers (that avoid the use of ash as filler material) to reduce particulate matter by 15-20 per cent and the use of water and air sprinklers to reduce sound and light emission by 30-35 per cent.

Is it possible to produce 'green crackers' on a commercial scale?

There is nothing called “green crackers” - not only in India, but also globally, say industry leaders.

The possibility of producing green crackers had been explored by the CSIR but the industry says that suggestions such as stuffing water packets with aluminum powder in crackers for lesser emission is not practical considering that higher moisture content in the atmosphere can make the material unstable, causing accidents.

It alleged that the CSIR, without taking this into account had submitted its proposals to the Court.

The solution has to come from the industry and CSIR can be part of the research.

It would take at least four years to come up with less- emission fireworks, said Mariappan.

There is also talk of electronic crackers...

The Indian Institute of Science Education and Research, Mohali, for instance, is developing a prototype in which there is light and sound, but no smoke.

Many of these products run on rechargeable battery and can be operated using a remote.

On whether electronic crackers are a solution, industry representatives said in one voice that e-crackers were toys and they cannot be classified as explosives. 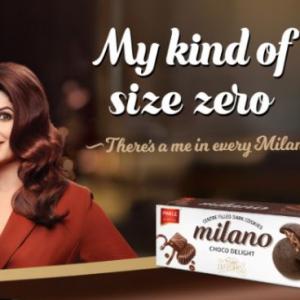