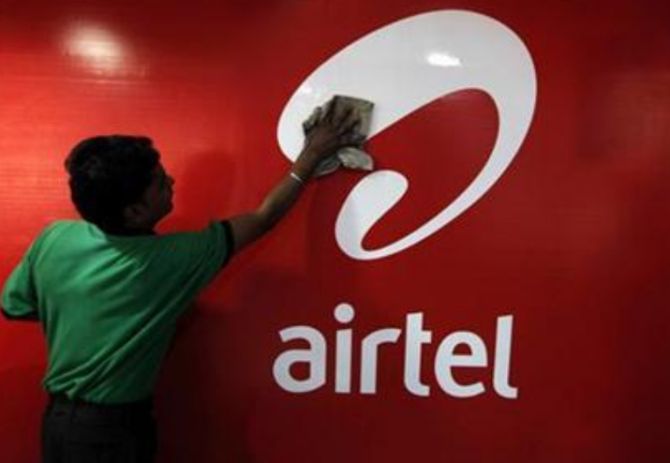 The company -- whose profitability has been battered by intense price competition posed by richest Indian Mukesh Ambani's Reliance Jio -- earned a net profit of Rs 107.2 crore in January-March against Rs 82.9 crore it earned in the same period of the previous fiscal.

This is the first rise in profit after several quarters for the company.

The firm had an exceptional income gain of Rs 2,022.1 crore in the quarter, it said in a regulatory filing to stock exchanges.

The company's loss from India mobile services business more than doubled to Rs 1,377.8 crore in January-March when compared with Rs 482.2 crore loss in the same period of the previous fiscal year.

This was in contrast to Africa mobile service business earning (profit before net finance costs, non-operating expenses, exceptional items and tax) improving to Rs 1,317.1 crore from Rs 1,128.8 crore in January-March 2018.

Since its launch, rivals have either merged or folded up, matching its high-speed 4G offering.

The results were announced after the market hours.

It had recorded a net profit of Rs 510 crore in the same quarter a year ago.

The operating revenue of Reliance Jio was up 55.8 per cent to Rs 11,106 crore during the reported quarter, compared to Rs 7,128 crore in the year-ago period.