The Tata Group-owned Air India has readied a five-year transformation plan, which is expected to take its domestic market share to 30 per cent, up from 8.4 per cent logged in June. IndiGo leads with a market share of 58.8 per cent.

The transformation plan--Vihaan.AI—unveiled on Thursday revolves around tripling the domestic market share with investments in new aircraft, technology and improvements in customer service.

It’s also looking at growing the international routes significantly to put the airline "on a path of sustained growth, profitability and market leadership’’.

Analysts pointed out that along with two other Tata airlines—Air Asia India and Vistara—the group’s cumulative domestic market share is already over 20 per cent.

Air Asia India and Vistara have a share of 4.6 per cent and 10.4 per cent, respectively.

Ameya Joshi, aviation analyst and founder of aviation blog 'Network Thoughts', said, "the announcement clearly indicates that a merger would happen between Vistara and Air India.

"Then the total group market share to 30 per cent is achievable and sustainable.”

On it’s own, Air India would find it tough to increase the domestic market share to 30 per cent in five years, Joshi said.

The Tata group has already received approval from the Competition Commission of India (CCI) to merge AirAsia India with Air India.

Tata group and joint venture partner Singapore Airlines are discussing the road map for Vistara, but no decision has been taken yet on a merger with Air India.

A Singapore Airlines spokesperson said: “We do not comment on any confidential discussions that we may or may not be having with our partners.”

IndiGo, which is planning to turn itself into a significant player on long international routes, only has economy class seats till date.

In June, then CEO Ronojoy Dutta had told Business Standard that IndiGo was looking very closely at dual-class configuration (business and economy) for the A321XLR.

Air India, as it operates wide body planes with bigger fuel tanks, is the market leader on long international routes that reach as far as the US.

An executive at a rival airline said that if IndiGo chooses to have business class on its XLR planes, it will be able to give strong competition to Air India on certain international routes.

“However, on lucrative routes such as India-US and India-Canada, Air India will have a chance to increase its dominance as XLR cannot travel that far on a non-stop flight,” the executive added.

On Thursday, Air India’s managing director and chief executive officer Campbell Wilson said, “While the immediate focus of the airline remains on fixing the basics and readying itself for growth (taxiing phase), the more medium-to-long-term focus will be on building for excellence and establishing scale to become a global industry leader (take off and climb phases).” 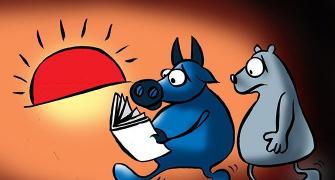 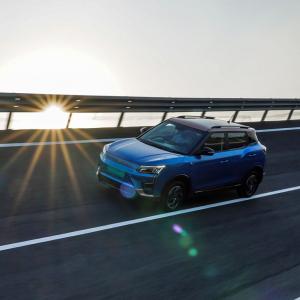