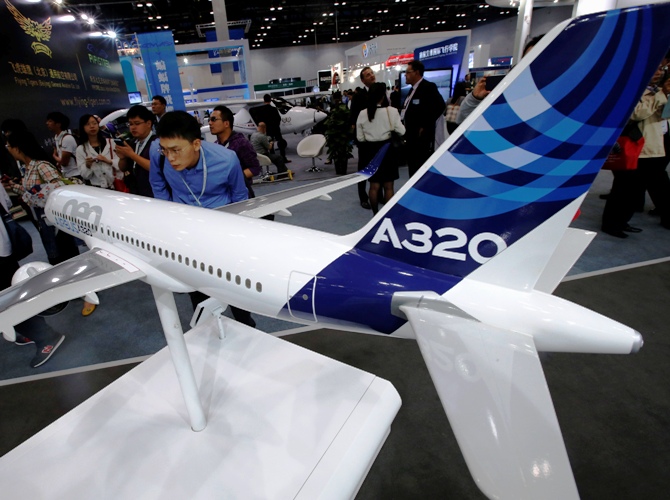 Buoyed by rising number of business travellers, Air India will opt for two-class seat configuration in the 14 Airbus 320 neo planes to be inducted into the fleet in the coming months.

Air India is reverting to the two-class configuration after more than four years when it had decided to do away with it amid economic slowdown.

A Kuwait-based leasing firm is to provide the A320 neos (new engine option) aircraft on dry lease basis starting early next year.

These planes with 160 seats will have a two-class configuration -- 12 in business class and the rest 148 in economy category, a senior Air India official said.

The 14 A320 neos will also have more ‘seat pitch’ or seat width, compared to other airlines, the official added.

According to the official, the carrier would be opting for the two-class seat configuration as there has been an increase in the number of business travellers and overall rise in load factor, an indicator of seat occupancy.

In recent times, more corporate executives have been opting for business class air travel and their count is on the rise due to many factors, including Air India being part of Star Alliance, he noted.

Air India has been looking at ways to bolster its business and expects to shave off its losses by around 40 per cent to Rs 3,529.80 crore (Rs 35.29 billion) in the current financial year.

In February, Minister of State for Civil Aviation Mahesh Sharma said the carrier is expected to report an operating profit of Rs 6.20 crore (Rs 62 million) this fiscal.

The national carrier was provided a Rs 30,231 crore (Rs 302.31 billion) lifeline by the government in 2012 under a turnaround plan stretching over period of nine years.

Source: PTI© Copyright 2020 PTI. All rights reserved. Republication or redistribution of PTI content, including by framing or similar means, is expressly prohibited without the prior written consent.
Related News: Air India, A320, Mahesh Sharma, Star Alliance, A-320
SHARE THIS STORY
Print this article 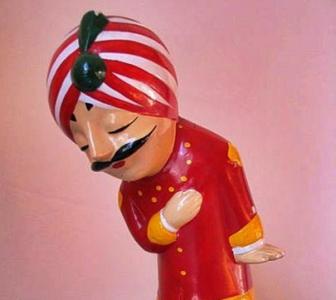 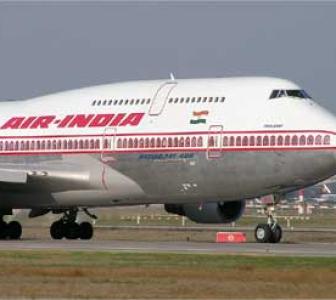