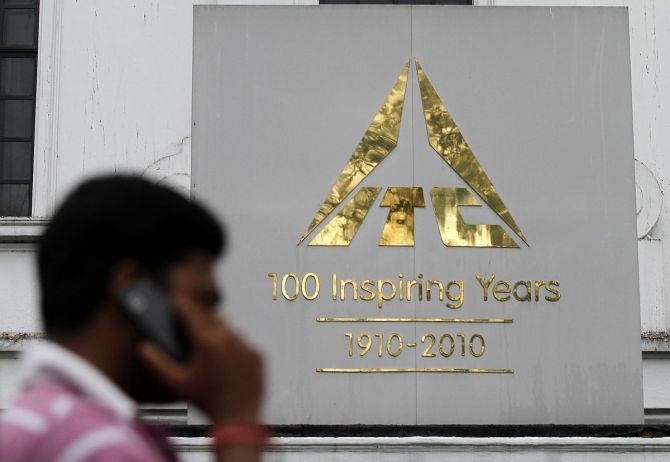 However, the counter has lost over 5 per cent from its recent high of Rs 346.25 hit on September 23, 2022 and has underperformed the S&P BSE Sensex, which has lost nearly 2 per cent since then.

So, is the rally in the stock coming to an end, and is this a good time to book profit?

Analysts say the stock has more headroom and investors can still stay put from a medium-to-long term perspective, as most business verticals of the company are on stable footing and should do well over the next couple of years.

ITC’s FMCG-foods scale-up, according to analysts at Centrum Broking, has all ingredients to drive growth.

Overall, they have increased FY23/FY24 earnings estimates by 6 per cent / 6.3 per cent and maintain a ‘buy’ rating on the counter, with a revised DCF-based target price of Rs 424, implying 25.4x FY24E/FY25 earnings per share (EPS).

That said, sharp increase in any form of taxation, higher leaf tobacco prices, and delayed recovery in the economy are some of the key risks to estimates.

“With improving operating metrics and a bounce-back in the hotels business, occupancy is likely to improve with over 20 per cent rise in average room rent (ARR) resulting in profitable demerger soon.

"Paper business demand is being fueled by the end-user segment, though input prices remain a concern.

"Moreover, with successful product innovation and premiumisation across the cigarette segment, we expect ITC to execute selective price hikes going ahead (last hike was taken 2 years ago),” wrote Shirish Pardeshi, an analyst tracking the company at Centrum Broking in a recent note.

Given ITC’s refreshed strategy coupled with improved macro and micro environment, analysts expect ITC to continue its outperformance versus its peers at the bourses going ahead.

Within the large-cap FMCG universe, the stock has already been an outperformer thus far in CY22.

While Hindustan Unilever (HUL), Colgate-Palmolive, Britannia Industries, Marico and Godfrey Phillips have gained 1.5 per cent to 14 per cent in CY22, Nestle and Godrej Consumer Products, on the other hand, have delivered negative returns, ACE Equity data showed.

The stock, according to A K Prabhakar, head of research at IDBI Capital, has started to perform only now after years of underperformance.

This show, he said, is expected to continue over the next couple of years.

“All business verticals of ITC have started to grow after a long time, and I expect this good show to continue for at least two years.

"FY22 was one of the better periods for the company’s business.

"Valuation-wise, ITC is inexpensive. Another 20 – 25 per cent upside is still possible from the current levels.

"One can buy at the current levels and stay put,” he said.