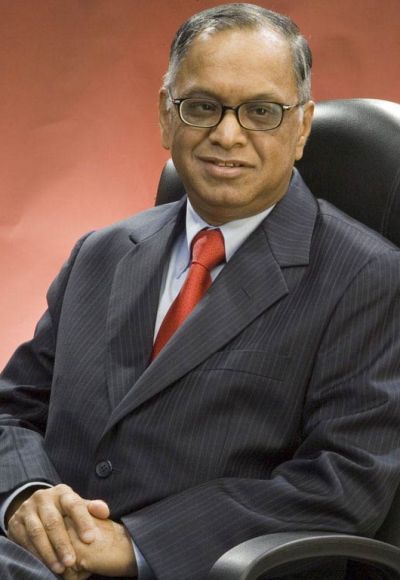 N R Narayana Murthy, a co-founder and former chairman of Infosys, on Wednesday said that he had no plans to join politics or any party, though he had respect for politicians trying to do good for the country.

This triggered speculation that he may join the Aam Aadmi Party.

In an interaction with the Business Standard, Murthy denied all such reports, saying his objective was to introduce the vice-chairman of Akshaya Patra Foundation, Chanchalapathi Dasa, to the Delhi government, as the body wanted to supply free midday meals to the school children in the state.

He said around a month ago, Gururaj Deshpande, non-resident Indian entrepreneur and philanthropist, had requested him to introduce the foundation to Kejriwal, whom he knew before he had entered politics.

Murthy and his family are known for their support to the free midday meal programme of Akshaya Patra Foundation, which serves more than 1.4 million children belonging to some 10,770 schools spanning 10 states in the country.

Deshpande, who hails from Hubballi in north Karnataka, is also the chairman of Akshaya Patra Foundation, USA.

Murthy said he was friendly with politicians of ‘all hues and colours’, and he had tremendous respect for certain politicians, whether it be prime minister Narendra Modi, Congress chairperson Sonia Gandhi, or AAP convenor Kejriwal, as they all were trying to do something for the country.

“I have always said that younger people must take part in politics; they have energy, they have the enthusiasm.

“Politics is India requires huge commitment and, therefore, as a man who is approaching his 70th year, I have no desire to participate in anything,” he said.

Murthy’s relationship with Kejriwal dates to the days when the latter was an activist.

During the last Lok Sabha elections, when two of his former colleagues at Infosys, Nandan Nilekani and V Balakrishnan, were contesting from different seats in Bengaluru on Congress and AAP tickets, respectively, Murthy only wished them best, but stayed away from campaigning for them.

“I have no desire to align myself with any political party. Let it be very, very clear,” Murthy said on Wednesday.

Even though Murthy’s inclination to any political party is not known, it was rumoured that he was considered a possible candidate for the President of India a couple of times in the past.

But Murthy, in an earlier interview, had said he had declined an offer by the then prime minister of India to join the government.

“I was offered a position in 1999 by Atal Behari Vajpayee, but I was not interested.

“First of all, we were taking the company to Nasdaq at that time.

“Second, I don't know whether I could succeed in such an environment,” he had told the Business Standard during an interview in May 2010. 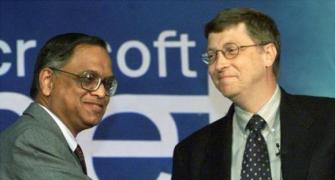 The TROUBLE with reappointing Narayana Murthy 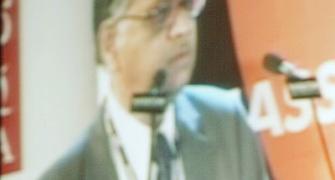 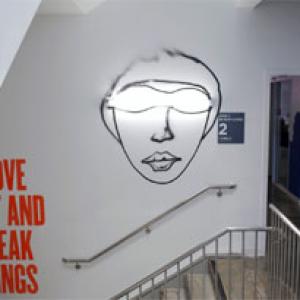 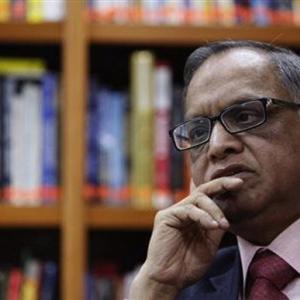