AAI for same-site rehab of slum dwellers on airport land 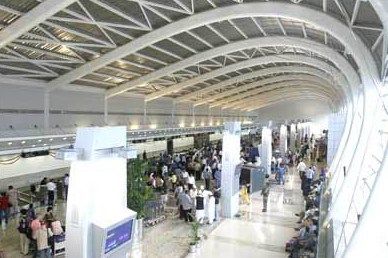 The Airports Authority of India, which owns Mumbai Airport land, has given an 'in -principle' approval to the Maharashtra government’s proposal to rehabilitate 90,000 slum dwellers living on airport land, on the same site

However, the notification has raised eyebrows since it was issued barely a few days before announcement of Assembly elections.

The GVK run Mumbai International Airport Limited, which is the airport operator, refused comment on the issue but AAI gave approval to in-situ (same site) development and requested the state government to formulate a scheme for the purpose.

Until now, all slum development plans were focussed on clearance from the existing location and resettlement on private land in other parts of Mumbai.

But the plans remained grounded due to controversies, protests and litigation.

Runways, terminal buildings, aircraft hangars, etc, account for about 1,169 acres, or about 58

per cent of the land.

About 308 acres (15.58 per cent) of the land is encroached, while about seven per cent is vacant or undeveloped.

Last year, the state government had approved an interim development plan for the airport prepared by the Mumbai Metropolitan Region Development Authority or MMRDA.

The plan outlined the road map for proposed aeronautical and non-aeronautical use, as well as infrastructure development.

However, the plan excluded about 204 acres of slum areas from planning and development and it was hoped to take up development on this land after rehabilitation of slums.

Under the scheme, shanties on 267 acres were proposed to be shifted to other parts earning HDIL transfer of development rights, which is incentive FSI and can be sold in the open market.

The project was to be implemented by 2011.

HDIL had constructed about 20,000 tenements in the Kurla and Bhandup areas and earned the TDR but  slum dwellers residing on airport-owned land couldn't be shifted since the government did not identify residents who would be eligible for rehabilitation.

HDIL moved the Bombay High Court but it rejected the developer's plea. The contract dispute is under arbitration now.
Aneesh Phadnis in Mumbai
Source: 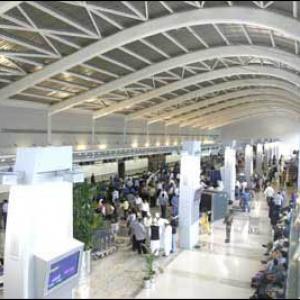