The new Tata Tigor, Datsun Go and Hero Xtreme 200R are hoping to use celebrity endorsers and gain a foothold in a segment that has been the stronghold of market leaders for several decades.

But will it work? 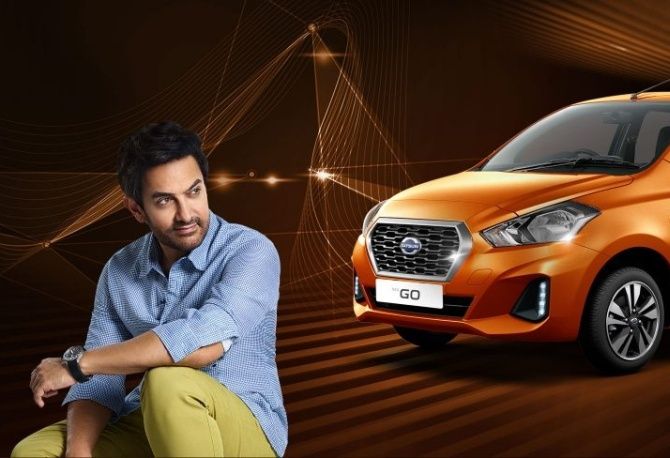 Over the last couple of months at least three automobile majors including Tata Motors, Nissan Motor India and Hero MotoCorp have signed up celebrities in the run-up to new model launches.

Hero has signed on the reigning star on the endorsements track, Virat Kohli, for its premium motorcycle brand (Hero Xtreme).

Nissan Motors has brought Aamir Khan on board for the launch of its new Datsun model and Tata Motors has Hrithik Roshan as the face of the new-look Tigor.

Do auto brands still need a popular face to helm their labels? Besides, given that the auto marketplace is a clutter of celebrity endorsers, do such associations help brands stand out in a crowd?

While the association of celebrities from cricket and Bollywood with automobile brands is as old as time, the recent announcements stand out for the manner in which auto majors are hoping to use celebrity endorsers. All are challenger brands -- be it the new Tata Tigor, Datsun Go or Hero Xtreme 200R -- looking for a foothold in a segment that has been the stronghold of market leaders for several decades.

For these brands, using a celebrity therefore is a way to break entrenched loyalties in the category, rather than just find new consumers.

Take the case of two wheeler market leader, Hero MotoCorp. Last month the maker of Splendor and Passion brands, announced Virat Kohli as brand ambassador of Hero Xtreme 200 R. For the Delhi-based firm that is a brand to reckon with, in the entry and executive end of the motorcycle market, success has been elusive in the premium segment (150cc and above) where models from Royal Enfield and Bajaj Auto enjoy greater traction. While Hero hopes that Kohli will help change that, analysts tracking the firm are sceptical.

"They (Hero) have made several attempts in the past (to break into the scooter segment and premium motorcycle segment). The issue is, in the two wheeler market, building a brand is extremely difficult and first mover's advantage is critical. Which is why for competition to beat Hero in the executive segment has been very difficult and vice versa," said Nitesh Sharma, analyst at Phillip Capital. If such endorsements had helped, Maestro (Hero's scooter brand) which has Ranbir Kapoor as brand ambassador would have been a huge success, he added. Tata Motors, which has been riding high on the steady gain in volumes in its passenger vehicle models signed up with actor Hrithik Roshan to promote the Tigor facelift.

"Resonating with Brand Hrithik Roshan, the new Tigor stands for versatility, consistent strong performance and unparalleled style. It's built for those who are stars in their own right and have put all their heart into achieving the success they live today," Mayank Pareek, president passenger vehicle business said in a statement.

For Tata Motors, denting the share of Maruti Suzuki Dzire, the compact sedan against which the Tigor as a challenger brand is pitted, will not be easy. And Roshan's association is expected to smooth the way.

Meanwhile Nissan Motor announced Bollywood star Aamir Khan as brand ambassador for its low-cost Datsun brand in India. Khan will endorse the Go and Go+ facelift from Datsun stable, which has been a struggling brand in India's competitive passenger vehicle market. Khan "advocates the bold and fearless attitude of the new generation who strive for excellence and embodies the spirit of Datsun," Thomas Kuehl president, Nissan India operations said in a statement.

Rohit Kumar, vice-president, Automotive Practice at TNS Kantar, says with celebrity endorsements, companies run the risk of alienating certain people as each celebrity comes with a well-defined characteristic -- some are macho, some stately and elegant, some aggressive.

"Sometimes the brand gets subsumed by the aura of the star who is endorsing it," says Kumar. Therefore, it's important that the choice of celebrity finds an immediate resonance with the target audience. Till the time you portray the celebrity in his/her skin, it works, he pointed out.

Sometimes it can misfire. For instance Maruti Suzuki had engaged super star, Amitabh Bachchan in 2001 as its ambassador for the multi-purpose vehicle Versa, which did not turn out as expected. "It's all about knowing and sensing the archetype of the brand and the archetype of the celebrity," said Kumar.

"A celebrity if used skilfully helps brands at multiple levels. There is a collateral gain," says Kiran Khalap, co-founder at brand consultancy, Chlorophyll. In auto, it gives confidence to other stakeholders that the brand is here to stay.

Having said that, choosing a celebrity who overpowers the brand instead of establishing a connection, doesn't work. Most importantly, a celebrity will not help if the product is not relevant and fails to meet the needs, said Khalap. 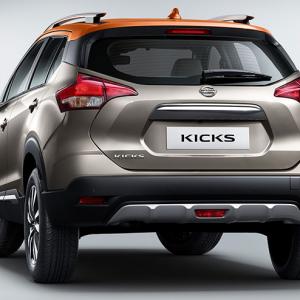