A SAIL plant fuels hope of industrial revival in Bengal 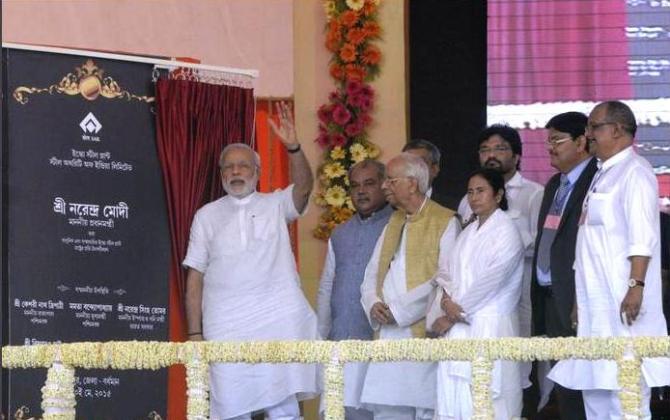 The event was the completion of the modernisation of SAIL's IISCO Steel Plant by Prime Minister Narendra Modi. Accompanying him was West Bengal Chief Minister Mamata Banerjee.

Braving the sweltering heat, a large crowd had gathered to hear them speak.

Banerjee said, in 1998, when her party had given outside support to the National Democratic Alliance government at the Centre, she had submitted a wish list for Bengal to Atal Behari Vajpayee, then prime minister, which contained the revival of IISCO.

Clearly, the clamour to claim credit for SAIL's Rs 16,000-crore modernisation of its plant in investment-starved Bengal could hardly be resisted by political parties.

The West Bengal Congress said, without the intervention of Manmohan Singh, the former prime minister, who laid the foundation stone for this project in 2006, it wouldn't have been possible.

The Left Front claimed that former chief minister Buddhadeb Bhattacharjee had waived dues of Rs 300 crore to the state exchequer.

Did anyone hear any party take the blame for delaying IISCO's modernisation?

After changing hands quite a few times, in the last decade of the 19th century, the plant at Kulti was bought over by Rajendranath Mookerjee and Acquin Martin. It was Mookerjee's son, Biren Mookerjee, who gave the plant a fresh lease of life.

"IISCO was the first company to get a World Bank loan in India. The loan was used for modernisation. Between 1961 and 1964, a blast furnace with Japanese technology, the most advanced at that point in time, was added. Coke oven battery, steel plant, open hearth furnace, long section mills also came up.

It all happened under the leadership of Biren," an old timer at IISCO recalls. That was the only modernisation that ever happened at the plant which at that time had a capacity of 0.5 million tonnes against India's 1.5 million tonnes.

At least 13 attempts were made at modernising the plant but none of the schemes was implemented and it was referred to the Board for Industrial and Financial Reconstruction in 1994.

V Krishnamurthy, one of the most imposing of all SAIL chairmen, wrote in his book, At the Helm: "While I managed to get all the clearances for the Durgapur and Rourkela modernisation plans and get the work started, it is my lasting regret that I could take the modernisation of IISCO plant at Burnpur only up to the penultimate stage."

Rajiv Gandhi, who was prime minister then, had even suggested that IISCO be closed down on viability grounds.

"After two visits, I thought it would not be in the national interest to close the plant, since it had enormous locational advantages on account of being in the vicinity of coal and iron mines and close to the industrial belt of Kolkata/Howrah," Krishanmurthy wrote.

Krishnamurthy, however, came close to finalising a modernisation plan with the help of a Japanese consortium.

But Gandhi lost the elections and the VP Singh government that came to power put the plan under scrutiny.

"A project that would have put SAIL on a different growth path and galvanised the Indian steel industry was stalled for petty political reasons," rued Krishnamurthy in his book.

Hope finally revived in 2005. Eight Members of Parliament and five representatives from the Save IISCO Committee (comprising five trade unions) met Manmohan Singh. That the Left Front was part of the central government helped matters.

The Union Cabinet cleared the decks for a merger of IISCO (which used to be a subsidiary) with SAIL in 2005. Modernisation started the next year.

IISCO's revival has cost more than the refurbishment of SAIL's other units. That, old-timers say, is because of the age of the units. But will the investment help it turn around?

"IISCO's modernisation was conceived when steel prices were at their peak.

But the project got delayed due to want of funds.

Ultimately, the civil and structural work started in 2012 and the basic oxygen furnace converter and continuous casting plant in 2014," says IISCO CEO Ishwar Chandra Sahu while explaining the reason behind the high cost of modernisation.

Now that the modernisation has got completed, the demand for steel has turned stagnant.

The near-term prospects don't look too good for IISCO. It makes long products for the construction and infrastructure sectors which are in the doldrums.

Sahu admits net sales realisation for TMT (used in the construction sector) has dipped in the past one-and-a-half years from Rs 38,000 a tonne to Rs 33,000 a tonne. However, there is some demand for long products, as reflected in the 1.7 million tonne imports in 2014-15.

That apart, IISCO has a huge competitive advantage in its captive iron ore mines at Gua and Chiria and its collieries at Chasnalla and Jitpur.

Plus, in the long-term, the technologically advanced products that it will be producing could ring in the good times once construction activity picks up in the country, which the industry expects will happen in the second half of the year. It also plans to export to Southeast Asia.

For West Bengal, the modernisation of IISCO could open up industry if ancillary units came up around the plant.

"The ancillary units need to be upgraded," Sahu, who plans to meet refractory and other allied units, says. The multiplier effect in a steel plant is huge.

In 2008, Bengal missed a huge opportunity when Tata Motors' Nano project with its ancillary units moved from Singur to Sanand in Gujarat after the Trinamool Congress launched an indefinite agitation against the acquisition of farmland for the project.

In three to four years, the Sanand-Becharaji zone will have an installed car manufacturing capacity of 1.46 million and around three million two-wheelers. Could IISCO do to Bengal what the Nano had set out to do? Your smartphone can detect eye cancer 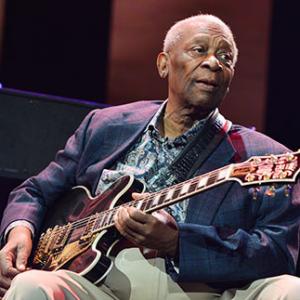