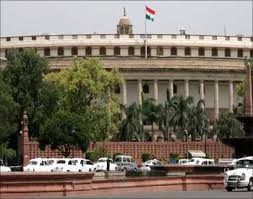 Seven overseas intelligence units, including two in China, have been proposed to be set up by the government in order to check black money transactions and customs fraud.

Two such snoop units have been proposed at Beijing and Guangzhou because of the exponential growth of trade between India and China and the intelligence supported by cases of undervaluation and anti-dumping duty, they said.

The decision to open these two units has been taken because of their increasing importance in view of IBSA (India, Brazil and South Africa) framework, they said.

The proposal is being discussed with the ministries of Finance and External Affairs. The Home Ministry has actively supported the creation of three COIN units at Colombo, Dhaka and Bangkok.

The MEA has given in principle approval for creation of two posts at Beijing and Guangzhou in China, the sources said.

The proposal to set up the seven new COIN units is yet to be finalised, they said.

India has customs mutual agreements with some of these countries which provide the framework to seek information. Indian customs authorities have been getting results from COIN officers in New York, London, Hong Kong and Moscow, they said.

With trade expanding and covering more regions across the globe, the new units are essential to have effective development of intelligence on smuggling and cross-border commercial frauds and create a holistic snoop network with an eye on security related issues, the sources said.

A Finance Ministry report on black money has recommended to expand and strengthen the scope and reach of COIN offices to check suspicious trade transactions.

DRI maintains constant interaction with its COIN offices to share intelligence and information through diplomatic channels on the suspected import and export transactions to establish cases of mis-declaration, which are intricately linked with tax evasion and money laundering.

"The scope and reach of COIN offices should be further expanded and strengthened. Customs officers should be stationed in major trading partner countries to liaise with customs authorities of those countries and cause verifications of suspicious trade transactions," the report has said.

Ashwini Shrivastava in New Delhi
© Copyright 2021 PTI. All rights reserved. Republication or redistribution of PTI content, including by framing or similar means, is expressly prohibited without the prior written consent.