The 30 per cent drop in Brent oil prices on Monday to $30 a barrel may not be good news for the economy, said analysts at Morgan Stanley, who believe the gains will remain capped due to the overall weakness in the economy given the coronavirus-related health scare.

The decline in oil prices, they believe, will negatively impact the capex outlook for oil related sectors as well as oil producing countries.

That apart, credit markets in the US as well as for emerging market (EM) oil producers will likely react negatively, leading to a further tightening of financial conditions.

‘Indeed, we are reminded of the episode between mid-2014 to early 2016, when oil prices declined significantly, and led to the widening of corporate credit spreads, which impacted the high yield credit space due to its sector composition,’ wrote Chetan Ahya, chief economist and global head of economics at Morgan Stanley in a recent co-authored note with Derrick Y Kam, Nora Wassermann and Frank Zhao, their economists.

‘While lower oil prices will translate to lower retail prices, this positive benefit will not be fully realised as the lower oil burden on consumers will likely not fully translate into higher spending in the near term as it is occurring against a backdrop of overall downdraft in the economy and financial market volatility,’ the Morgan Stanley report said.

The fall in oil prices comes at a time when the global economy is already reeling under the impact of coronavirus, which has dented demand across sectors and economies. Most economists have revised their forecast for global growth in this backdrop, but do expect things to stabilise from the second quarter of 2020 (Q2-20).

Those at Morgan Stanley, for instance, expect global growth to dip to 2.3 per cent in H1-20, as coronavirus disrupts near-term economic activity. That said, they expect things to improve in H2-20 with the virus peaking in April/May, as their base case.

‘The outbreak has already prompted a policy response, and we expect more easing in the coming months. The global monetary easing cycle will be extended as the Fed delivers 75 basis points (bps) of cuts by 2Q20, while the European Central Bank (ECB) and Bank of Japan (BoJ) temporarily increase asset purchases. The majority of EM central banks will also cut rates further, taking global monetary policy rates to a new all-time low,’ they wrote in a recent report.

A standoff between Saudi Arabia and Russia over crude oil supply cuts saw international prices record one of their worst single-day dips in about three decades. Though this could help the Indian economy, which is facing a slowdown, to keep the subsidy bill under control, the fall could accentuate global distress.

Indian consumers could gain from lower petroleum product prices, though a lot depends on whether the government makes use of the window to shore up its revenues and increases excise duty. Any duty hike would prevent the full benefit from accruing to consumers.

On Monday, Saudi Arabia reduced oil prices and offered to increase production, triggering a price war among oil-producing countries. The kingdom wanted Russia, too, to cut production to keep prices stable after the demand disruption caused by the coronavirus (COVID-19) outbreak.

The Organization of the Petroleum Exporting Countries (Opec) on March 5 asked Russia to join a 1.5 million barrels a day production cut to offset the economic impact of COVID-19, but the Russian government did not agree.

Goldman Sachs has cut its price forecast for Brent for the second and third quarters of 2020 (Q2 and Q3) to $30 a barrel, with possible a dip to $20 a barrel.

Saudi Arabia, which slashed prices for April delivery by $4-6 a barrel to Asia and $7 to the United States, has far more firepower than Russia in terms of readily available spare oil production capacity, analysts said.

“If Opec ends up discarding its proactive market management, the policy adopted in 2016 to combat the worst oil glut in the world’s history, it essentially loses its raison d’être. The collapse of the Opec/non-Opec alliance was a major shock to the oil markets, and it comes with the added challenge that we don’t have the full picture of what lies ahead,” said analyst Vandana Hari, founder of Singapore-based Vanda Insights.

The failure of a joint front added to increasing investor nervousness over COVID-19, which has dampened oil demand, and the undercut the efficacy of official response measures such as last week’s emergency rate cut by the US Federal Reserve.

In a sharp downgrade from the International Energy Agency’s (IEA’s) February forecast, the Paris-based organisation said it sees global oil demand at 99.9 million barrels a day in 2020, down around 90,000 barrels a day from 2019.

“If we do see an all-out price war breaking out while the coronavirus is still rampant, Brent could well start skidding towards $30 a barrel. That said, as things stand, $20 a barrel looks a remote possibility and prices should stabilise before that,” Hari said.

While China appears to be on the verge of containing the outbreak, cases outside of the country continue to grow and the potential impact on demand will be something Opec will have to consider. Analysts say oil looks weak in the backdrop of slowing demand and current oversupply.

China’s oil demand, according to S&P Global Platts Analytics, is expected to grow by only 170,000 barrels a day in 2020, 20 per cent its original estimate.

Fatih Birol, executive director, IEA, said, “The COVID-19 crisis is affecting a wide range of energy markets -- including coal, gas and renewables -- but its impact on oil markets is particularly severe because it is stopping people and goods from moving around, dealing a heavy blow to demand for transport fuels.”

Since China, the largest energy consumer in the world, accounted for over 80 per cent of global oil demand growth last year, developments in China have a major impact on global energy and oil markets, said Birol. 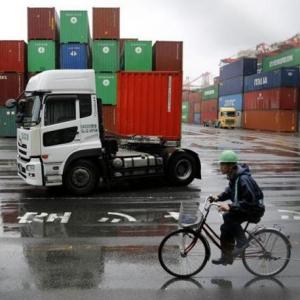