Modi will have to handle expectations of diverse groups

Politicians involved in policymaking believe that since India is a poor country, taxpayers are a tiny privileged lot from whom every penny needs to be mercilessly extracted by hook or by crook, says Debashis Basu. 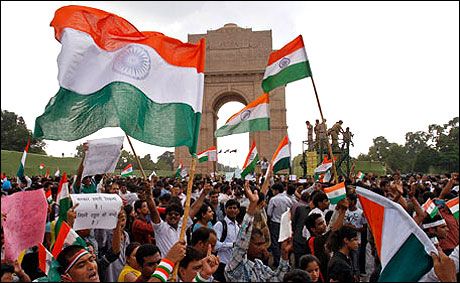 The Bharatiya Janata Party (BJP) has come to power by promising "achche din", or good days, to Indians.

The readers of this paper are presumably middle-class and upper middle-class salaried employees, self-employed professionals and owners of businesses, small and big.

How would Narendra Modi handle the expectations of this diverse group of people? What does achche din mean for them?

So, he may find out what the expectations of this largely urban group are.

At Moneylife, we closely interact with one large component of this group - middle-class and upper middle-class savers.

Based on our experience, there are multiple points of pain for them. In this piece, I will limit myself to the most widespread of the problems: income tax.

Politicians involved in policymaking believe that since India is a poor country, taxpayers are a tiny privileged lot from whom every penny needs to be mercilessly extracted by hook or by crook.

According to tax experts, many taxpayers helplessly see their hard-earned money going into the coffers of a deaf and dumb tax department, used by the government as a revenue extortion machine.

Here are some problems that can befall you, whether you are a salaried person with some interest income or a professional or a small businessman.

People in the first category simply have to file their returns and claim credit for the tax deducted at source (TDS) from the salary and the interest.

They legitimately feel they have paid all their taxes and do not owe anything further to the tax department. Professionals get professional fees and pay taxes after deduction of tax at source.

They pay advance tax each quarter and file income tax returns in time.

If you are running a small business, you are supposed to deduct tax at the correct rates from the different types of payments made and pay to the government.

At the end of the year, you have calculated taxable income and paid tax.

Can any of these people - the salaried person, the professional and the businessman - feel that they have done their duty as taxpayers and relax, as the advertisements of the income tax department claim?

The answer is an emphatic no in nine out of 10 cases, according to tax expert Ameet Patel. "The main source of pain, frustration and even nightmare is a draconian provision called TDS," says Mr Patel.

Collection of taxes is the government's job. However, the government has passed on part of this duty to anyone who makes payments to others. Citizens have not asked the government to force the TDS provisions onto them, says Mr Patel.

But millions of people every day are acting as unpaid tax officials, doing the government a favour by collecting taxes on its behalf. And what does a tax deductee get? Harassment and penalties.

The problem starts by not getting due credit for the taxes paid by us - in other words, the TDS that the payer has made and paid to the department.

According to Mr Patel, "I have yet to come across any CA [chartered accountant] who will say that every client of his has got the credit for the entire sum of TDS that is claimed in that client's return of income. Leave aside my clients, even in my own case, I have had difficulties in getting credit for the TDS that I have claimed in my tax returns."

The department serves you a demand notice, charging you with paying less tax. You have paid tax as TDS, and yet you won't get credit for it and have to pay it again?

This then becomes plain extortion and an enormous source of pain. That is the system, made worse under the two previous finance ministers.

The systems of the income tax department are not robust enough to match the payments.

But isn't there a provision in the Income Tax Act whereby a taxpayer can seek rectification of mistakes?

Yes, but the tax department is so unaccountable that it throws the taxpayer into running between the Central Processing Centre (CPC) at Bangalore, a sophisticated facility set up to process electronically filed returns, and his own jurisdictional tax officer in the "circle" where he is assessed.

He wants to tax you double. What about the CPC? We have transitioned to a faceless, completely electronic environment.

Therefore, the demand for the tax you have already paid against you stands. Until you pay, you will get periodic notices informing you of the "arrears" due.

Meanwhile, penal interest for non-payment of the earlier demand will be added. If a refund is due, this unjust demand would be deducted.

Often it is "adjusted" even when there is nothing due.

There are millions of taxpayers, all of whom are susceptible to this frustrating situation.

And I have not even gone into the draconian penal provisions for failing to deduct tax at source.

Mr Modi, please get this tyrannical TDS removed, in order to usher in achche din for taxpayers.

As someone said, taxpayers are like "customers" of the income tax department. They deserve better.