'Top 10 Nifty stocks by market cap have outperformed rest of the market and the narrow market performance is likely to continue.

'We are overweight on private banks, refining and marketing distribution companies, life insurance and power utilities.

'We are underweight on industrials/infrastructure, autos, NBFCs, small and mid-caps.' 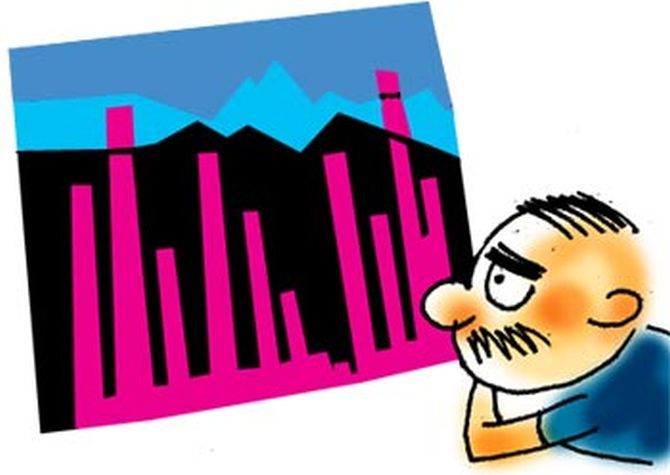 Being one of the early commentators to flag economic slowdown and caution investors on corporate earnings, Gautam Chhaochharia, bottom, head of India research, UBS Securities, in an interview with Hamsini Karthik says the markets remain in an expensive zone despite the recent correction. Edited excerpts:

Will the roll back of FPI surcharge be viewed as a major positive by investors? Do you expect this to reverse sentiments?

This is will be a sentiment positive for sure but growth concerns may continue to linger and thus cap market reaction.

We await the next set of measures, especially on property sector, as well as other policy responses including from the Reserve Bank of India.

FIIs have been continuous sellers. Will the selling take a pause now?

FPIs have been net seller last year but CY19 to date, they have been net buyers of Indian equities, despite the net selling over the last few weeks.

Our interactions with investors suggest that the recent economic slowdown, Budget disappointments, high surcharge on FPIs have led to the growing pessimism among investors.

But in the long term, it is a complex interplay of factors, including relative growth.

Our global macro strategy team’s view is that the Fed easing won’t weaken the dollar, as long as global growth remains weak.

Generally, the period of a stronger dollar has been followed by the weak emerging market (EM) flows.

Are FIIs finding other EMs relatively attractive at this juncture?

Our investor discussion suggests FIIs have remained overweight on India for quite some time.

India, despite the recent slowdown, is coming up as a relatively safer option among EMs given the global context and uncertainty.

Our EM strategist is underweight on India.

How are valuations after the correction?

With the recent correction, valuations have come off the latest peaks. 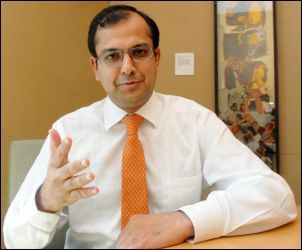 The Nifty’s 12-month forward price to earnings (P/E) multiple is now below one-standard deviation but is still above the five-year average.

However, this is based on consensus earnings expectations, which are likely to be downgraded.

On our top-down earnings forecast, the Nifty is trading at 19 times one year forward P/E, which is well above one-standard deviation, which suggest valuations are still rich and expensive.

This year, so far, top 10 Nifty stocks by market cap have outperformed rest of the market and the narrow market performance is likely to continue.

Our Nifty December end target is of 11,000, suggesting risk-reward is not yet attractive.

Which are the sectors/stocks you are overweight (positive) and underweight (negative) on?

We are overweight on private banks (retail liability franchise) as they have a strong liability profile with the opportunity to gain market share from state-owned banks.

In the oil & gas sector, we have a positive stance on refining and marketing distribution companies as they benefit from lower oil prices; we are also overweight on real estate as inventory overhang is overstated.

Life insurance is also an overweight call given the under-penetration and the long-term opportunity it provides.

We also are overweight on power utilities.

We are underweight on industrials/infrastructure as the hope around a capex recovery is likely to be a disappointment.

Other underweight sectors are autos, NBFCs, small and mid-caps.

Global tension is mounting and some are pointing to a recession. How worried should Indian investors be?

The global environment (global growth slowdown and trade uncertainty) is not lending any support.

Even as India's external stability risks remain contained, global risk aversion and domestic growth slowdown could exacerbate the weakness in the Indian rupee.

Earnings recovery is getting pushed every quarter…

Our top-down earnings growth forecast for FY20/21E is at 16 per cent /15 per cent that too mainly from the normalisation of earnings for financials.

We have been using a four-factor framework for corporate earnings, which includes capex cycle, policy support (both fiscal and monetary), export and credit growth (though it depends mainly on first three drivers).

Capex cycle has been muted, the fiscal space is limited and the RBI has cut rates but the transmission is still lacklustre; positive surprise can be seen from export but this will too require policy support.

Credit growth is recovering and is the only silver lining, however, its sustainability depends on the first three.

So our framework doesn’t suggest a recovery in the coming quarters.