News
Business
Movies
Sports
Cricket
Get Ahead
Money Tips
Shopping
Sign in  |  Create a Rediffmail account
Rediff.com  » Business » 'It would be a mistake to allow private sector corporate groups to own banks' 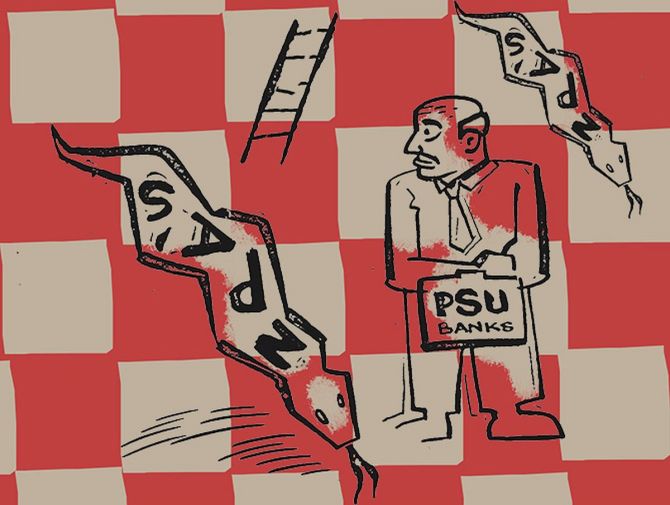 The second segment in an eloquent multi-part interview:

Good point. But if you look at the successful private sector banks like the ICICI Bank, HDFC Bank, Axis Bank, Kotak Mahindra bank, etc, they have done extremely well since they were founded.

At the same time, there are a number of smaller private sector bank failures and they had to be rescued.

I welcome this announcement, and I have been suggesting this for some time.

Yes, there is clearly a need for some good large public sector banks for financial stability purposes and other social purposes.

But there is no need for so many public sector banks.

My suggestion would be, they should start with some of the remaining small public sector banks, and the easiest way of privatising them would be to take the government equity to below 50%.

Then, the merger and acquisition market processes can work for those banks, either to for themselves to function better or go for mergers.

Then they have been consolidating public sector banks in the last couple of years.

I am already on record that it would be a mistake to allow private sector corporate groups to own banks.

So, I do hope that that is not pursued.

Was it a mistake to nationalise banks five decades ago?

No, that was absolutely essential at that time because if you look at the data, banking growth was very slow in India until the banks' nationalisation.

Most of the private sector banks were owned by corporate groups and they were lending to their own companies.

Part of that was necessary since the dominant British banks did not lend to Indian owned companies before independence.

There was very little spread in small towns and rural areas.

So, the original nationalisation was a good idea.

You mean times have changed and if nationalisation was a good idea then, privatisation is what is needed now?

But we still need a certain number of large public sector banks for financial inclusion and stability purposes.

The new private sector banks of the 1990s have shown that how productive they can be in promoting growth in the country.

So, in today's times, the government should not be running banks and businesses...

In the Budget, there was a very clear announcement that the government's policy now is to privatise public sector enterprises.

I would say, most of them should be privatised.

They remained sick and many of them are defunct too.

For example, there was this Scooters India Ltd.

There was absolutely no need for the government to set up a company to produce scooters! And it never succeeded and has existed in theory doing nothing.

It should have been privatised 50 years ago! Or not set up at all.

There are a number of other such public sector enterprises.

All they have is basically land, and nothing else.

It is a good idea that the government will remain only in the strategic sectors.

In fact, that was the original idea of public sector in the 1950s.

What should the government do with the sick public sector enterprises? Should they shut them down?

Privatisation could also mean you sell the assets and the private sector can then use those assets to start new industries.

Let me ask you about the NPAs in the public sector banks. Many financial experts blame the Reserve Bank of India, the so-called watchdog, for the NPAs.
As a former deputy governor of the RBI, how do you react to this allegation?

Yes, there has been large overhang of NPAs in the public sector banks since around 2013.

Yes, the public sector banks, for whatever reason, had large NPAs.

But there was very little discussion on the lack of good management in the borrowers, in those large private sector companies.

To my mind, this issue has not been analysed adequately.

I hope to do it in the next one year or so.

Is it because the RBI did not perform its duty that the NPAs went on mounting in public sector banks?

It is very easy to do a blame game.

But I have not seen any analysis from anybody, from economists or financial experts, on the sectors that went bad.

For example, among the sectors that went bad, one was the steel sector.

As it happened, global steel prices went down in the early 2010s, and steel companies getting into problems was a global phenomenon.

That was when many Indian steel companies went into difficulty and generated NPAs.

Similarly, there was a lot of infrastructure lending done in the 2010s in the PPP mode.

Because of the growth slowdowns and other reasons, many of those projects went bad.

One thing I would say, it is very clear that the Reserve Bank has to be strengthened considerably in its regulation of the supervisory activities.

One of the facts which is not well known at all is that the total number of officers in the Reserve Bank was around 9,000 in 2008.

This was also the time the financial sector has expanded considerably both in terms of banks, bank lending, NBFCs, etc.

So, what you need is the strengthening of the regulator's staff both in numbers and quality. 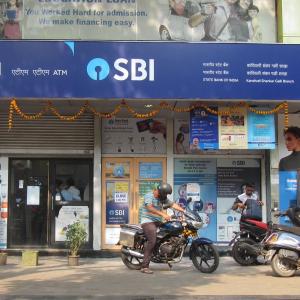