'The psychological impact of layoffs is often forgotten' 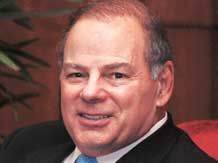 But when organisations cushion the impact to make it less traumatic, it helps in the recovery process, Wayne F Cascio tells Business Standard.

What sort of impact does a downsizing exercise have on those who are left untouched by it?

I have been doing research for the last twenty years on the subject of downsizing, restructuring, trying to understand the adverse impacts if downsizing is not done 'responsibly'.

It is very important to understand the psychological impact when employees are laid off. Workers who are untouched by the exercise are the ones who are equally hit by the exercise of layoffs.

We call them 'survivors' and it is important how companies deal with them.

'Survivors' are actually people who are looking for signals - they want signals from the management on questions that are on their mind -- "Why should I stay?

"How will things get better?

"Does my company have a new business model or strategy in mind?

"Will everything be better after restructuring?"

Remember, they have the survivor's syndrome in that they undergo a feeling of guilt on seeing their friends and their long time co-workers go.

Companies need to consider the impact of layoffs not just on the ones who are given the pink slip but on those who are left behind in organisations.

How can organisations keep 'survivors' engaged and help them get over the emotional setback?

I'd like to give an example of how eBaytackled this issue when the company decided that laying off was inevitable and 10 per cent of its global workforce was going to face layoffs.

eBay recognised the sensitivity of the situation and did the unthinkable -- it gave a period of four months and told the out-going employees that they had the power to decide when they wanted to leave, in the very first month or at the end of four months.

There was clear communication with both -- the survivors and those who were asked to leave.

eBay continued with all the benefits till the time the employee left and even afterwards, compensations and other benefits were speedily processed, thus, giving the layoffs the most humane approach.

When layoffs are inevitable, it is an exercise that obviously has a negative impact.

But when companies cushion the impact to make it less traumatic, it helps in the recovery process of the company.

In many of your books and research papers, you stress on good versus bad restructuring. Are layoffs inevitable at some point or the other in most companies?

In fact, my research shows that post the 9/11 incident, there were a million layoffs but the previous year, nearly 80 per cent of the Fortune 500 companies didn't have any layoff.

The question companies need to ask is: are we facing a short-term crisis or do we think that our business needs to undergo fundamental structural changes in that we need new plans and new strategy, a complete overhauling to move forward?

Look at the global pharmaceutical industry, for instance, where quite often drugs lose patent protection.

So there are big pharma companies that lose billions in cash flow when patent protection expires and drugs go generic.

In this case, there's huge revenue loss and it is obvious that a fundamental change in the industry is taking place.

Clearly, temporary leaves and pay cuts will not help.

Some in the business may decide to become niche players dealing in the development of just select drugs.

For a long-term change, a short-term solution cannot be advised and layoffs will be inevitable.

On the other hand, if a company sees that the business cycle for two quarters is getting affected, and it takes to layoffs, it is unfair.

Companies need to give valid reasons for layoffs. Is it a stop-gap arrangement, or a fundamental shift in business strategy?

Can you give an example where a company could successfully hold off on a lay-off despite prevailing economic gloom?

Apple did not have layoffs during the global financial crisis. Steve Jobs always maintained that Apple works hard to get the right employee in the right place so the last thing he would want is to have them laid off.

In fact, Apple was one of the few companies that continued investing in R&D even as several others were cutting back.

Ditto with Southwest Airlines in the US, which didn't have any layoffs even during the global financial crisis.

At one point, however, Southwest Airlines was staring at a tough time financially and it did 'corporate redeployment'.

It had 82 employees in the recruiting team. When the company put a hiring freeze, it also wondered what to do with 82 of its employees in this particular team.

The company utilised them for customer service. The result: Customer satisfaction went up as a result of this team's enhanced skill set.

When the economy recovered, the team went back to its original job; only this time, they had an additional skill set, which helped the company and the customers alike.

Would you agree, responsibly done or not, downsizing is considered a blot on the company's image and a red mark on an employee's CV?

I think what happens is that companies use it as a kneejerk reaction.

But there have been instances where the company has been frank in communicating about the sickness of its financial health to its employees.

At one point it was facing pressure on the revenue side.

The management (including the HR) got together and arrived at a concept where it identified 'four stages of business decline'.

The management told the employees about the four stages of the failing business, where the company stood at (10 per cent behind projections then) and asked the employees to find solutions.

Along with the management, the employees got together and agreed that the last stage (code named 'red') was when layoffs would be inevitable.

The workers came to the rescue of the company and guess what, there were no layoffs.

With DuPont, the company that covers 80 per cent of the global automobiles with its paint, there was a point when $50 million was needed in savings to prevent layoffs.

The CEO of DuPont communicated with each manager personally (the company has 60,000 employees worldwide) and asked them to inform their respective teams that the company needed suggestions from employees to cut costs.

What did these aforementioned companies do? 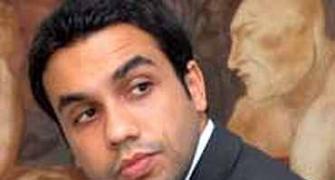 You can catch up later, Godrej tells competition 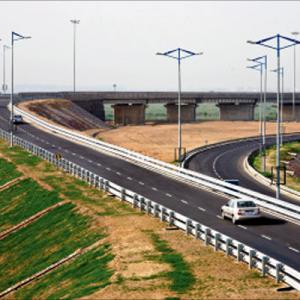 The existing biz model for infra projects needs a facelift? 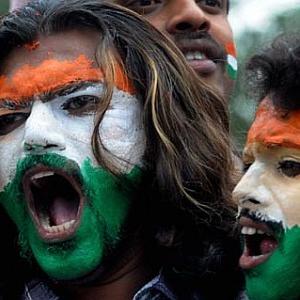